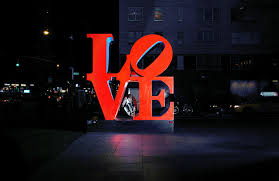 In case you haven’t seen this, it reads:

God: All right, you two, don’t do the one thing. Other than that, have fun.

Satan: You should do the thing.

THE REST OF THE OLD TESTAMENT

God: You are my people, and you should not do the things.

People: We won’t do the things.

People: We did the things.

Jesus: I am the Son of God, and even though you have done the things, the Father and I still love you and want you to live. Don’t do the things anymore.

Other people: We’ve never seen him do the things, but he probably does the things when no one is looking.

Jesus: I have never done the things.

Other people: We’re going to put you on trial for doing the things.

Pilate: Did you do the things?

Pilate: He didn’t do the things.

Other people: Kill him anyway.

People: We did the things.

Paul: Jesus still loves you, and because you love Him, you have to stop doing the things.

People: We did the things again.

John: When Jesus comes back, there will be no more people who do the things. In the meantime, stop doing the things.

I laughed, a lot, when I heard this–it is very clever.  But then I discovered that many folks sharing this post actually seem to think that it really is an apt, if humorous, summary of the Scriptures: for example, Right Wing News appreciatively and approvingly copied this post from Young Conservatives, saying “The Bible summed up in about 200 clever words? It has been done, in a hilarious but amazingly accurate description.”

Do we really believe that the Bible consists entirely–or even mostly–of rules?  Do we really believe that right relationship with God consists in following those rules: in “not doing the things,” whatever those things might be?  If so, then no wonder we find the actual Bible so bewildering. No wonder so many people want nothing to do with our churches or our Scriptures, if such a shallow view of life and of faith is all that we have to offer. 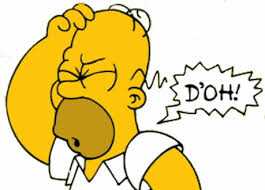 By this reading, God must be either the exasperated sitcom Dad this humorous post portrays (“Guys!“)–and hence innocuous and irrelevant–or else a grim punisher of rule infractions, determined to impose the deserved penalty unless someone else takes the penalty for us (the only way that this reading can make sense of Jesus’ incarnation). 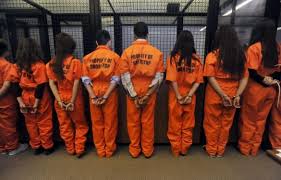 Further, if righteousness is rule-following, then justice becomes retribution for rule-breaking.  Our societal obsession with retributive justice has resulted in one of the largest per capita rates of incarceration in the world.  This mass imprisonment, disproportionately aimed at the poorest and most vulnerable, bodes to become a crisis far outstripping any other threat to public health. 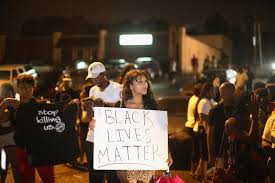 As the shooting of Michael Brown in Ferguson, MO and its aftermath tragically demonstrates, retributive justice sets police forces against the communities that they are sworn to protect.  When, as is all too often the case, the divide between police and community is also a racial divide, this hostility and suspicion is heightened all the more.  For example, in my own city of Pittsburgh, “25 percent of city residents are black, but only 12 percent of the police force is, according to a FiveThirtyEight analysis. The police force is 85 percent white, even though whites make up only 65 percent of the city’s population.”  No wonder the National Bar Association, America’s “oldest and largest national network of predominantly African-American attorneys and judges,” is calling for the U.S. Department of Justice to intervene following the failure of a Missouri grand jury to indict Officer  Darren Wilson. 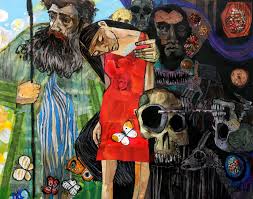 Could it be that this is all that biblical faith has to offer: regulative righteousness and retributive justice?  I certainly don’t think so.   Within the Book of the Twelve, Hosea offers a very different perspective on God and on our relationship with God.  For this eighth-century Israelite prophet, the relationship between God and humanity is not imagined politically (king-subject) or economically (master-slave), but in homely, familial terms.  For Hosea, the primary metaphor is marriage. 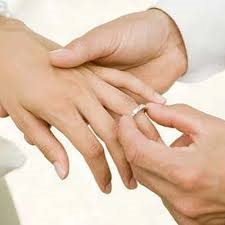 God’s judgment and forgiveness are expressed through a symbolic act: the LORD commands Hosea to wed Gomer, a woman that Hosea knows will be unfaithful (Hosea 1:2-3; the Hebrew word zonah doesn’t necessarily mean “prostitute,” though it does designate a women unlikely to be bound by traditional sexual relationships). Their tortured marriage becomes a lived metaphor for God’s relationship to Israel. Just as Gomer is unfaithful to Hosea, so Israel has been unfaithful, turning from the Lord to worship other gods. Certainly, there are legitimate grounds for divorce. Yet God desires reconciliation. 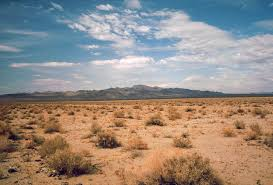 In a graphic, brutal depiction of judgment (Hosea 2:1-13), the LORD declares that because of Israel’s faithlessness,

I will make her like a desert,
and turn her into a dry land,
and make her die of thirst (Hosea 2:3).

But then, the message shifts. The image of the wilderness appears again—but this time, as the wilderness through which Israel wandered after the exodus from Egypt (Hosea 2:14-15). Hosea remembers the years in the wilderness as a honeymoon: a time when the love between Israel and the LORD was new, and Israel was totally devoted to God (compare Jer. 2:1-3).

From first to last, the language of intimacy permeates this passage. In Hosea 2:14, the Lord says of Israel,

Therefore, I will charm her,
and bring her into the desert,
and speak tenderly to her heart.

The declaration “you will call me, ‘My husband’ [Hebrew ishi], and no longer will you call me, ‘My lord’ [Hebrew ba’li]’” (Hosea 2:16) also speaks to the intimate character of the relationship that God desires.  Both ‘ishi and ba’li mean “my husband” in Hebrew. But the latter term refers to ownership and power, while the former “is the more intimate and personal term” (James Luther Mays, “Introduction and Footnotes to Hosea,” in The HarperCollins Study Bible, 1st edition; ed. Wayne Meeks [San Francisco: HarperCollins, 1993], 1333). 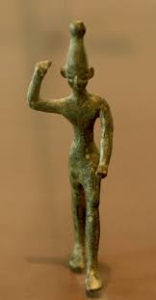 At my Mom and Dad’s fiftieth anniversary, it was my great honor and joy to celebrate with them a worship service renewing their marriage vows.  Hosea 2:16-20 reminds me of that day. Like a couple repeating their vows, the LORD and Israel begin anew:

I will take you for my wife in faithfulness;
and you will know the LORD.

Just as, in the ancient world, a husband paid to the bride’s family a bride price, so the LORD brings to this renewed relationship a gift: not of gold, but of righteousness, justice, devoted love, mercy and faithfulness (Elizabeth Achtemeier, Minor Prophets I; New International Bible Commentary [Peabody, MA: Hendrickson, 1996], 28-29). Israel, transformed, empowered and enabled by this gift, can at last be the LORD’s steadfast and committed spouse.

There are very good reasons that the scribes of ancient Israel chose to begin the Book of the Twelve not with the zealous and angry Amos, though he was likely the first writing prophet, but with Hosea.  The two have a great deal in common.  Like Amos, Hosea delivers a message of unstinting condemnation and judgment: because of its faithlessness and immorality, the northern kingdom is doomed (compare Hosea 4:1-19 and Amos 2:6-16).  But unlike his near contemporary, Hosea looks beyond that inevitable destruction, to hope and restoration.   Justice in founded in love. 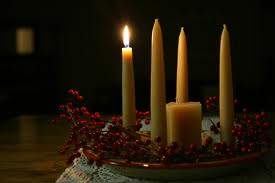 In this Advent season, it is good to be reminded why God came to us as one of us: not in angry retribution or puzzled exasperation, but in love:

God so loved the world that he gave his only Son, so that everyone who believes in him won’t perish but will have eternal life. God didn’t send his Son into the world to judge the world, but that the world might be saved through him (John 3:16-17).

God calls us into a relationship of love that sets our own hearts aflame with love for God and for one another.  That is what the Bible is about.