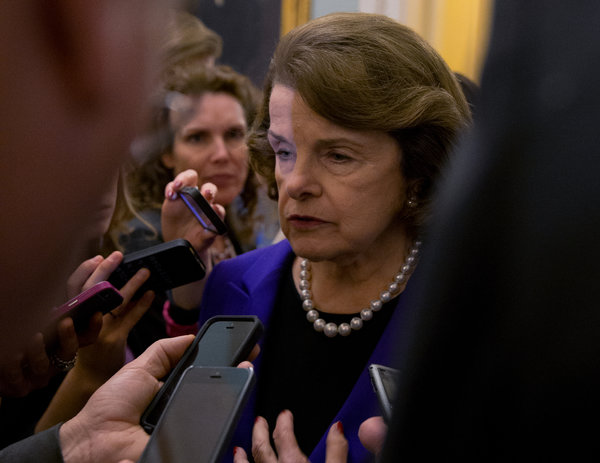 This past week the Senate at last released its long-awaited report on the CIA’s use of “enhanced interrogation techniques” in secret prisons in the wake of 9/11.  The report was damning in its detail, spelling out these horrific practices that amount, to use a more honest and straightforward expression, to torture.

The Senate’s investigation revealed something that skilled interrogators, as well as unfortunate victims of torture such as Senator and Vietnam veteran John McCain have always known. As Senator McCain said in a speech on the Senate floor supporting the release of this report,

I know from personal experience that the abuse of prisoners will produce more bad than good intelligence. I know that victims of torture will offer intentionally misleading information if they think their captors will believe it. I know they will say whatever they think their torturers want them to say if they believe it will stop their suffering. Most of all, I know the use of torture compromises that which most distinguishes us from our enemies, our belief that all people, even captured enemies, possess basic human rights, which are protected by international conventions the U.S. not only joined, but for the most part authored.

That is the point.  The argument over whether or not actionable intelligence was gained, or might be gained, through torture is fundamentally wrong-headed.  Torture degrades and debases us.  It is an evil, morally indefensible act.

Jesuit blogger Sam Sawyer  rightly recognizes the source of the impulse to torture: not only in shameful, fearful pursuit of the illusion of safety, but in the colossal arrogance and self-idolatry that makes us think our own ends to be justified whatever the cost to others.  He writes:

We have to reject not only the use of torture, but also the self-worship that led us to think our safety could be paid for with the blood and pain of our enemies. We have to answer for the violence and control that led us to keep torturing people, even when it was clear our security didn’t depend on it.

What is required of us, as a nation and as individuals, is humility.

The book of Micah is all about humility.   Micah was a rough contemporary of Hosea and Amos, prophesying in Judah to the south while they prophesied in Israel to the north.  But he proclaimed his message, not in the urban streets of Jerusalem, but in his own tiny village of Morasheth-Gath, located on the edge of contested Philistine territory–about as far from the big city as you could get.  Perhaps it is this distant perspective that enables the prophet to see through the arrogance of Jerusalem’s leaders,

who reject justice and make crooked all that is straight,
who build Zion with bloodshed and Jerusalem with injustice!
Her officials give justice for a bribe,
and her priests teach for hire.
Her prophets offer divination for silver,
yet they rely on the Lord, saying,
“Isn’t the Lord in our midst?
Evil won’t come upon us!” (Micah 3:9-11).

Micah’s vision of right living and right worship cuts through the extravagance and self-aggrandizement of Jerusalem’s temple liturgy as it had come to be practiced:

With what should I approach the Lord
and bow down before God on high?
Should I come before him with entirely burned offerings,
with year-old calves?
Will the Lord be pleased with thousands of rams,
with many torrents of oil?
Should I give my oldest child for my crime;
the fruit of my body for the sin of my spirit?
He has told you, human one, what is good and
what the Lord requires from you:
to do justice, embrace faithful love, and walk humbly with your God (Micah 6:6-8).

Micah’s answer to the question “What does the LORD want?” cuts through to the essence of the life of faith.  Indeed, Rabbi Simlai said that in Micah 6:8, the prophet pared the 613 commandments in Torah down to three (Talmud, b. Makkoth 23b-24a [pp. 100-103]): doing justice, embracing God’s committed, steadfast love, and living humbly before God.

Micah’s vision of kingship is also humble. Recalling David’s mean birth in a little Judean village not unlike Micah’s own, this prophet declares that if Judah is to survive the onslaught of Assyria, what will be needed is a return to those humble beginnings and values.  The last thing Judah needs, Micah asserts, is another Jerusalemite dandy, born to the purple and raised with the assumption of power and privilege!  Instead, he says,

As for you, Bethlehem of Ephrathah,
though you are the least significant of Judah’s forces,
one who is to be a ruler in Israel on my behalf will come out from you.
His origin is from remote times, from ancient days.
Therefore, he will give them up
until the time when she who is in labor gives birth.
The rest of his kin will return to the people of Israel.
He will stand and shepherd his flock in the strength of the Lord,
in the majesty of the name of the Lord his God.
They will dwell secure,
because he will surely become great throughout the earth;
he will become one of peace (Micah 5:2-5).

This passage, of course, is quoted in Matthew 2:5-6.  When the foreign sages come to Herod’s palace looking for a new-born king, Herod consults the scribes, who then read to him and to his guests from the east Micah’s ancient prophecy.  Jesus, like David, was born humbly, in the little village of Bethlehem–the child of a peasant girl and her itinerant laborer husband. As the celebration of Christ’s birth draws near, we must not allow ourselves any delusions about who Jesus was, and is, or about what following Jesus means.  Jesus was born among the poor–he was not a man of wealth, power, or influence.  He surrounded himself with the least, the lost, and the outcast–not the best and the brightest.  And at the last, Jesus was tortured–he was not a torturer.  This Advent, we need to decide whose side we are on.

One thought on “Humility”