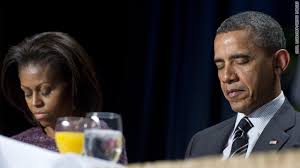 This past week, the National Prayer Breakfast featured an Evangelical keynote from NASCAR Hall of Famer Darrell Waltrip  and the presence of the Dalai Lama.  Most of the attention focused on this faith gathering in this country, however, has involved remarks made by President Barak Obama:

So how do we, as people of faith, reconcile these realities — the profound good, the strength, the tenacity, the compassion and love that can flow from all of our faiths, operating alongside those who seek to hijack religious for their own murderous ends? Humanity has been grappling with these questions throughout human history.  And lest we get on our high horse and think this is unique to some other place, remember that during the Crusades and the Inquisition, people committed terrible deeds in the name of Christ.  In our home country, slavery and Jim Crow all too often was justified in the name of Christ.  Michelle and I returned from India — an incredible, beautiful country, full of magnificent diversity — but a place where, in past years, religious faiths of all types have, on occasion, been targeted by other peoples of faith, simply due to their heritage and their beliefs — acts of intolerance that would have shocked Gandhiji, the person who helped to liberate that nation. So this is not unique to one group or one religion.

There is a tendency in us, a sinful tendency that can pervert and distort our faith.  In today’s world, when hate groups have their own Twitter accounts and bigotry can fester in hidden places in cyberspace, it can be even harder to counteract such intolerance. But God compels us to try.

These words have been construed by some as an attack on the Christian faith.  Frontpage wrote, “Obama Defends Islam, Attacks Christianity at Prayer Breakfast.”  An article in the Washington Post quoted former Virginia governor Jim Gilmore:

The president’s comments this morning at the prayer breakfast are the most offensive I’ve ever heard a president make in my lifetime. He has offended every believing Christian in the United States. This goes further to the point that Mr. Obama does not believe in America or the values we all share.

Listen to those words closely.  According to these and many other critics, the President has attacked Christianity. Not long ago, Newsweek magazine published a cover article titled, “The Bible: So Misunderstood It’s a Sin.”  The main point of this article was that many claims made about what the Bible says are in fact erroneous–a point that these blogs have also made, on many occasions. Dr. Albert Mohler, president of Southern Baptist Theological Seminary, appeared on Fox News in response to this article,  calling it a “hit piece,” and yet another example of “incredible hostility” toward evangelical Christians.  The Fox News website report is headlined, “Hit Piece on the Bible?! Newsweek Slammed for ‘Open Attack’ on Christians.”

Do criticisms of Christian behavior and questions about biblical interpretation amount to assaults on faith and the faithful?  Are American Christians “under attack”?  Considering that there are indeed, as the President mentioned in his remarks, places in this world where Christians are under attack, suffering capture, torture, imprisonment and death for their faith–for example, parts of Nigeria threatened by Boko Haram, or areas in Syria and Iraq threatened by ISIS–I submit that we American Christians should be ashamed of ourselves for thinking that we are persecuted whenever anyone disagrees with us.

But I am particularly concerned that we choose to describe our context as a faith among other faiths in terms of warfare, in which we regard ourselves as under attack by those who think differently than we do.   Within the Book of the Twelve, the book of Zechariah calls this warfare metaphor into question, and encourages us to think differently. 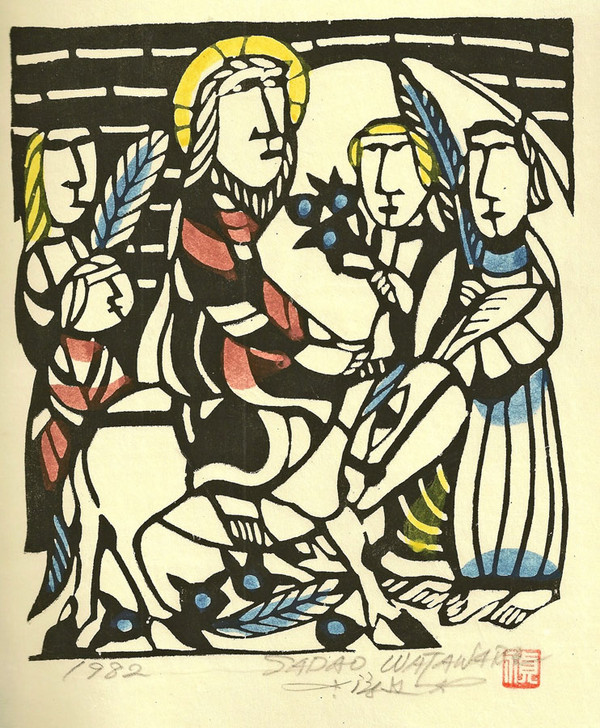 The only reading from Zechariah in the Revised Common Lectionary is Zechariah 9:9-12.  But this passage is quoted in Matthew 21:5 and John 12:15, in their accounts of Jesus’ triumphal entry into Jerusalem, and may be assumed in Mark 11:1-11 and Luke 19:28-40 as well (both use the word polon, “colt,” found in the Septuagint Greek of Zech 9:9):

Rejoice greatly, Daughter Zion.
Sing aloud, Daughter Jerusalem.
Look, your king will come to you.
He is righteous and victorious.
He is humble and riding on an ass,
on a colt, the offspring of a donkey (Zech 9:9).

The Hebrew word translated “victorious” here is nosha’--literally, “one who is saved.”  Carol and Eric Meyers, in their commentary on this text, insist that it is God, not the king, who “is victorious over the enemies, with the result that the king is ‘saved,’ thereby enabled to assume power” (Meyers and Meyers 1993, 127).  This is a very different idea of kingship, grounded not in the king’s victories in battle, but in God’s own action (compare Zech 4:6).

The humble donkey in Zechariah 9:9 derives from a long tradition in the ancient Middle East of kingly processions where the king rode an ass (Meyers and Meyers 1993, 129).  But this passage catches the point of that tradition: by riding a donkey rather than a war horse or chariot, the king shows humility, and declares that he comes in peace.

Zechariah dreams of a new day, and of a king who truly is humble–who not only comes in peace, but actually comes to bring peace:

Little wonder that Jesus’ first followers recognized his mission in these ancient words!

Another surprising passage from this “minor” prophet is Zechariah 14:13-19.  At first, this vision seems to be yet another depiction of the end of the world as a final battle.  In the last day, Zechariah declares, Jerusalem’s people will plunder those who had come to plunder them (a common biblical theme; see Exod 12:33-36; Ezek 39:9-10; 2 Chr 20:25).  So that the enemy will never again be able to mount an attack on Jerusalem, a plague will strike “the horses, mules, camels, donkeys, and any cattle in those camps” (Zech 14:15), destroying their military capability entirely.

Yet despite the sweeping devastation of plague and war, the enemies of Jerusalem are not destroyed, after all:

All those left from all the nations who attacked Jerusalem will go up annually to pay homage to the king, the Lord of heavenly forces, and to celebrate the Festival of Booths (Zech 14:16). Similarly in the New Testament book of Revelation, even after the last judgment sees all the enemies of God’s people (including “Death and the Grave”) thrown into the lake of fire (Rev 20:11-15), John can still somehow say of the New Jerusalem,

The nations will walk by its light, and the kings of the earth will bring their glory into it.  Its gates will never be shut by day, and there will be no night there.  They will bring the glory and honor of the nations into it (Rev 21:24-26).

God’s ultimate purpose is not destruction after all, but transformation and renewal. 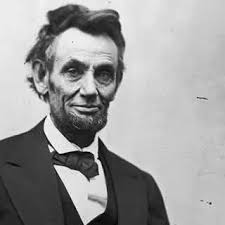 Reflecting on the recent alleged “attacks” on the faith, and re-reading these ancient words of Zechariah, I find myself remembering what Abraham Lincoln said to a fiery old woman who urged her President to regard Southerners as enemies to be destroyed: “Why, madam, do I not destroy my enemies when I make them my friends?”

Calling for humility from all people of faith, President Obama put it this way:

. . . Our job is not to ask that God respond to our notion of truth — our job is to be true to Him, His word, and His commandments.  And we should assume humbly that we’re confused and don’t always know what we’re doing and we’re staggering and stumbling towards Him, and have some humility in that process.  And that means we have to speak up against those who would misuse His name to justify oppression, or violence, or hatred with that fierce certainty.  No God condones terror.  No grievance justifies the taking of innocent lives, or the oppression of those who are weaker or fewer in number.

Can we learn from Zechariah’s ancient words, sisters and brothers? What would happen if we listened to one another, and engaged in conversation, rather than debates and verbal assaults?  What might happen if we stopped spoiling for a fight, let our anger, fear, and anxiety go, and opened ourselves to become channels of God’s peace?

One thought on “Peace”