At their annual conference this month, the United Methodist Church in Liberia upheld their ban on divorced persons being elected to the office of bishop.  According to an article on the webpage of  the United Methodist News Service, in separate meetings prior to the general session vote,

On April 14, clergy delegates voted 90-1 to uphold the provision. In a six-page page report, the conference board of ordained ministry outlined five counts dubbed “Reminders of the Conference Major Decisions (1985).” Those included the rule on divorced clergy: “No divorced clergy are allowed to be nominated as a candidate for the office of bishop of our conference.”

Lay delegates voted 116-0 to lift the ban. The delegates called on the conference to uphold ¶¶ 4, 403, and ¶ 604 of the 2012 Book of Discipline of The United Methodist Church.

Still, in the annual conference session, which was interrupted on one afternoon by people protesting the ban, “delegates voted 433 to 24 to affirm the rule barring divorced clergy persons from the episcopal office. Six delegates abstained from the voting process.”

Why would the Liberians, controversy notwithstanding, vote in the end to uphold a standard for bishops contrary to the UM Book of Discipline? The Rev. Paye Cooper Mondolo, superintendent of the Weala district, argued

The decision to bar divorced clergy persons from being nominated for the position of bishop will bring moral credibility to the episcopal office of our church and guide the conduct of those who want to be bishop in the future. 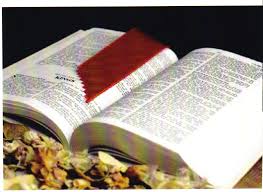 What the UM News article did not say, but was almost certainly in the minds of those voting to uphold the ban on divorced bishops, is that their ban is in keeping with Scripture.  In the King James Version, 1 Timothy 3:2 reads, “A bishop then must be blameless, the husband of one wife, vigilant, sober, of good behaviour, given to hospitality, apt to teach” (so too the NRSV).  Likewise, Titus 1:7-9 reads:

If any be blameless, the husband of one wife, having faithful children not accused of riot or unruly.  For a bishop must be blameless, as the steward of God; not selfwilled, not soon angry, not given to wine, no striker, not given to filthy lucre; But a lover of hospitality, a lover of good men, sober, just, holy, temperate; Holding fast the faithful word as he hath been taught, that he may be able by sound doctrine both to exhort and to convince the gainsayers (KJV; again, compare NRSV). Granted, the proper translation of the Greek word episkopos (rendered “bishop” in the passages above) is unclear; note that the NIV reads “overseer” (the literal translation of the Greek word), and the CEB has “supervisor” in these passages.  Even less clear is the association between these officials of the early church and the office of bishop as understood within United Methodism.

But many New Testament passages reject divorce, not only for bishops, but for everyone.  Jesus said, “Any man who divorces his wife and marries another commits adultery, and a man who marries a woman divorced from her husband commits adultery” (Luke 16:18; compare Matt 5:31-32).  In Mark 10:1-12//Matthew 19:3-9, this teaching is placed in a context: Jesus is approached by the Pharisees, and asked to weigh in on the ongoing rabbinic debate concerning divorce.  In Matthew (19:9 and 5:31-32), divorce is allowed in cases of adultery (reflecting the teaching of some rabbis), though remarriage is still problematic.   The gospel of Mark adds, “if a wife divorces her husband and marries another, she commits adultery” (Mark 10:11-12). This differs from the Old Testament and traditional Jewish position, where only men could initiate divorce (see Deuteronomy 24:1-4), and places Jesus’ teaching in the context of Roman law, which permitted a woman to initiate a divorce. Likewise Paul (see 1 Cor 7:10-16), who cites Jesus’ teaching on divorce (one of the few places where the words of Jesus are cited in Paul’s letters), recognizes that in the Roman world a wife could legally divorce her husband.  But for Paul, as for Jesus, marriage is intended to be permanent, and divorce and remarriage are forbidden.

In short, if we read the Bible as a rulebook, then the Liberia Conference is of course correct, and the Discipline is wrong: their stance on divorced bishops ought to become our stance.  The questions is, is this the way that we in fact read–or ought to read–the Bible?

This leads us to another current case in United Methodism.  Jaci Pfeiffer and Kelly Bardier, who had been employed by the Aloma UMC daycare center in Winter Park, FL, were fired last month, “despite being lauded as gifted and beloved employees.”  The reason for their firing was that they are a lesbian couple.  The Florida Conference has issued a statement that “termination based solely on sexual orientation would violate a person’s civil rights.”  But the daycare center that fired Ms. Pfeiffer and Ms. Bardier can scarcely be faulted for being confused.  While the Discipline does support “Equal Rights Regardless of Sexual Orientation” (¶ 162 J, p. 126), it also states that, “The United Methodist Church does not condone the practice of homosexuality and considers this practice incompatible with Christian teaching” (¶ 161F, p. 111).  How can a church be faulted for letting someone go whose practices are “incompatible with Christian teaching”?

Here, friends, is my quandary.  The only reasonable response to the Liberia Conference’s action, I propose, is either to amend the Discipline in accordance with the biblical practice of our Liberian sisters and brothers, or to acknowledge in all honesty that we do not read the Bible’s statements on the marital status of bishops, or on divorce and remarriage, as binding rules: in short, that we do not read the Bible as a rulebook.  That should also prompt us to reconsider why it is that we do read other texts on human sexuality as binding rules (in the case of Ms. Pfeiffer and Ms. Bardier, Romans 1:26, the only passage in Scripture mentioning lesbians).  Indeed, what about the host of other biblical rules, on a host of other matters, that we choose to ignore?  As I wrote in an earlier blog:

All of us, without exception, are selective in our application of Scripture.  If we worship on Sunday and do yard work on Saturday, we violate Sabbath law.  If we enjoy ham and crab cakes, we violate dietary law.  If we accept or charge interest, we violate the economic principles of the Scriptures.  Should we Christians say that that is all Old Testament stuff, and that we live by the New Testament, we are even more caught in a bind!  The Gospels advocate a lifestyle of radical renunciation of the world–how many of us are prepared to “go, sell your possessions, and give the money to the poor” (Matt 19:21)?  Jesus explicitly condemns divorce and re-marriage. But how many of us truly believe that all divorced and remarried people are living in sin?

Being honest about how we read Scripture requires us to think hard and to pray hard on what exactly we do mean when we say that the Bible is word of God for people of God.  What if, instead of a rule book compelling our obedience, or a list of propositions requiring our assent, the Bible is an invitation into relationship with God, calling for our commitment?  This way of reading Scripture is complicated: but then, if we are honest, so is the attempt to justify reading some passages legalistically, but not others.  If we are reluctant to adopt the rules of the Liberian church on divorce, perhaps we should also rethink whether all lesbians, gay men, bisexuals, and transgendered persons–unless they commit to living silent and celibate lives–must be found guilty of practices “incompatible with Christian teaching.”