This past Saturday, I was blessed to hear Grace Killian, a mission intern with the General Board of Global Ministries of The United Methodist Church (not to mention a daughter of Mount Lebanon UMC here in Pittsburgh, and an alumna of the Miller Summer Youth Institute at Pittsburgh Theological Seminary!) speak at St Paul’s UMC in Allison Park, PA.  Grace shared her experiences working in Palestine with the Wi’am Palestine Conflict Resolution Center in Bethlehem.  At the Wi’am Center, Grace worked particularly with women through the Just Sharing Fellowship: a gathering in which these young Palestinian women from Bethlehem (some of whom are in the picture above–that’s Grace on your far left) learned to trust and to empower one another by sharing their stories (you can read some of them here).

To help us grasp the power of story, for good and for ill, Grace shared with us Nigerian novelist Chimamanda Ngozi Adichie’s TED Talk on “The Danger of a Single Story.”  Ms. Adichie relates her encounter with her first college roommate, in America:

She asked where I had learned to speak English so well, and was confused when I said that Nigeria happened to have English as its official language. She asked if she could listen to what she called my “tribal music,” and was consequently very disappointed when I produced my tape of Mariah Carey. (Laughter) She assumed that I did not know how to use a stove. . . . She had felt sorry for me even before she saw me. Her default position toward me, as an African, was a kind of patronizing, well-meaning pity. My roommate had a single story of Africa: a single story of catastrophe. In this single story, there was no possibility of Africans being similar to her in any way, no possibility of feelings more complex than pity, no possibility of a connection as human equals.

Ms. Adichie speaks in particular of what happens when we define someone else by daring to tell their story for them:

There is a word, an Igbo word, that I think about whenever I think about the power structures of the world, and it is “nkali.” It’s a noun that loosely translates to “to be greater than another.” Like our economic and political worlds, stories too are defined by the principle of nkali: How they are told, who tells them, when they’re told, how many stories are told, are really dependent on power.

Power is the ability not just to tell the story of another person, but to make it the definitive story of that person. The Palestinian poet Mourid Barghouti writes that if you want to dispossess a people, the simplest way to do it is to tell their story and to start with, “secondly.” 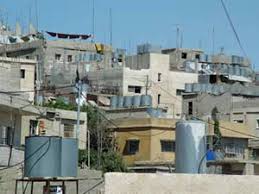 When I was last in Israel/Palestine, in the Dheisheh refugee camp in Bethlehem, I asked our guide through the camp what we could do for him and for his community.  He said, simply, “Tell our story.”  That is hard to do, when the “single story” of Israel and Palestine told in America depicts Israel in entirely heroic terms as the courageous defender of democracy, and Palestine in entirely villainous terms, as a land of terrorists committed to violence against Israel.  What are we to do, then, with stories like this–one young woman’s memory of an Israeli army incursion in 2002, in response to what is sometimes called the Second Intifada:

I remember it was sunset, my mother was cleaning the house and I was playing, when suddenly we heard a hard knock on the door with people shouting “eftakh Bab, eftakh Bab” (Open the door). We opened and it was a group of Israeli soldiers with a tank and armored vehicles coming to take over our house. They came in yelling at us and I got really scared as any eight year old innocent girl would do seeing the enemy this close for the first time in her childhood. They were planning on putting the whole family my two aunts, my uncle with his two sons, and me with my two brothers, my sister, and my parents in my room with no bathroom, no water, no food to eat and not enough space for eleven people to sleep. But my grandmother, god rest her soul, saved the day. My aunt told the soldiers that my grandmother was sick and that we can’t leave her in the house by herself, so they decided to lock us all in my aunt’s two-room house. . . .

We were three families living in one small house, all our belongings were next door but unreachable and sleeping on the floor was our only choice because all our beds became part of the military defenses and we were only left with my aunts’ three beds. We were out of food and water and the Red Cross was our only source of supplies. I remember them bringing us food and water and putting them in a big basket that we would pull up the balcony. . . .

The soldiers then left and we thought the nightmare was over. But we thought wrong.  . . . the nightmare began again—the nonstop shooting, anxiety and fear began again. The worst thing is that this time they didn’t only endanger our lives, and violate our rights, but they offended our religion. The soldiers that came the second time were stricter than the ones before. They were of the “religious” kind. They took all the crosses that were in the house and destroyed them. They broke them, stuffed them between shoes and even peed on them.

Of course, this too must not be permitted to stand as the “single story,” whether of Israel, the Israeli people, or the Israeli army.  But it is a story that we need to hear, if we are not to impose, from our own position of power, a single story upon the entire people of Palestine.

This Sunday is Pentecost, when we recall the birthday of the church in the outpouring of God’s Spirit.  The primary Scripture reading for this day is Acts 2:1-21, a text which relates, in part, how the news of God’s salvation was spread abroad on that day through what is often called the gift of tongues:

When Pentecost Day arrived, they were all together in one place.  Suddenly a sound from heaven like the howling of a fierce wind filled the entire house where they were sitting.  They saw what seemed to be individual flames of fire alighting on each one of them.  They were all filled with the Holy Spirit and began to speak in other languages as the Spirit enabled them to speak.  There were pious Jews from every nation under heaven living in Jerusalem.  When they heard this sound, a crowd gathered. They were mystified because everyone heard them speaking in their native languages.  They were surprised and amazed, saying, “Look, aren’t all the people who are speaking Galileans, every one of them?  How then can each of us hear them speaking in our native language?  Parthians, Medes, and Elamites; as well as residents of Mesopotamia, Judea, and Cappadocia, Pontus and Asia, Phrygia and Pamphylia, Egypt and the regions of Libya bordering Cyrene; and visitors from Rome (both Jews and converts to Judaism), Cretans and Arabs—we hear them declaring the mighty works of God in our own languages!” (Acts 2:1-11)

Please notice that this passage does not say that the people all started speaking the same language–that their cultural and ethnic distinctiveness was denied or undone–but rather that each one heard “the mighty works of God” declared in her or his own language.

This should not surprise us.  The entire Bible models for us how to escape the danger of the single story.  Scripture rarely gives us a single story about anything!  At the beginning of our Bible, we find two different accounts of the creation of the world.  The story of Israel’s beginnings is likewise told, not in a single story line, but through multiple memories.  The New Testament opens with four gospels, presenting four quite different accounts of the life, death, and resurrection of our Lord Jesus Christ. 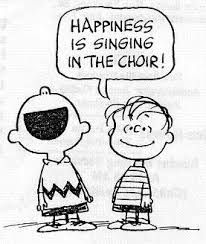 The canon itself calls for us to listen with open ears and open hearts for the truth told, not as a single story, but as a chorus of voices.  Sometimes those voices are in harmony, sometimes they are in dissonance, but always they are lifted in praise to the God who remembers all our stories, the comedies and tragedies alike, and catches them up together in love, forgiveness, and grace.

You are invited to join us at Pittsburgh Theological Seminary for the 74th annual Henderson Summer Leadership Conference on June 7-10, 2015. This year’s event will focus on “The Good Earth: Creation and Ministry in an Ecological Age.” Our  keynote speakers will be Dr. Norman Wirzba, Professor of Theology and Ecology at Duke Divinity School, and Dr. Fred Bahnson, Director of the Food, Faith, and Religious Leadership Initiative at the Wake Forest University School of Divinity.  Guests will have the opportunity to participate in a variety of workshops (including “Being Earthlings: Preaching As Though the Planet Mattered,” by the Bible Guy) and conversations with community leaders on themes relevant to sustainability and stewardship of the earth. There will be a Farm to Table  Banquet and optional field trips to sites related to the conference’s theme.   You can register for this conference here.