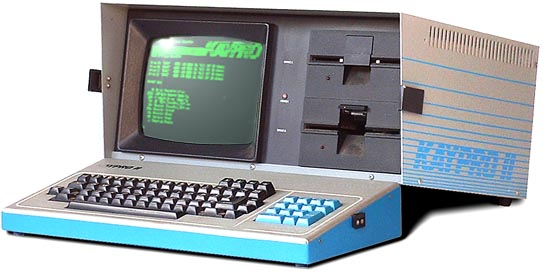 When I first started using word processing software (on a computer just like this one!), what you saw onscreen was not what you saw when the document printed.  Commands for underlining, indenting, and a host of other functions were part of the onscreen text.  Once the software improved enough to show on the screen something more like the appearance of the printed document, it was still possible to input a command to reveal those hidden indicators which determined the format of the final text.  The command was called, “Show invisibles.”

The Bible, I find, does this all the time!  Scripture often shows us things we cannot see, or do not want to see. Two powerful and poignant recent chapel services at my seminary reminded me of this–and that, sometimes, what we don’t see, can’t see, or refuse to see can indeed harm us, and others.

This past Monday, as part of the twenty-fifth anniversary celebration of Pittsburgh Theological Seminary’s Metro-Urban Institute (MUI), Dr. Stephanie Boddie, a Senior Consultant with MUI and the Carnegie Mellon University CAUSE Post-Doctoral Fellow, led an extraordinary service of worship in music.  The service was built around African-American spirituals, including Dr. Boddie’s own chilling rendering of My Lord, What A Morning.  Throughout the service, images from America’s slave-owning past showed on a screen.

African slavery was justified then on biblical grounds.  After all, both testaments assume the existence of slavery, and the New Testament repeatedly urges slaves to be obedient to their masters (Eph 6:5; Col 3:22; 1 Peter 2:18).  What those white antebellum Bible scholars could not see, but that African American Christians could, were texts such as Paul’s statement, “There is neither Jew nor Greek; there is neither slave nor free; nor is there male and female, for you are all one in Christ Jesus” (Gal 3:28).  The church somehow could not see that the heart of the Hebrew Bible–called by philosopher Emil Fackenheim the “root experience” of the Jewish people–was the exodus out of Egypt: God’s action to set slaves free.  Sadly, over 150 years after Lincoln’s Emancipation Proclamation, racism in America remains invisible to those who, thanks to white privilege, do not–or even cannot–see it.

The other service that revealed those too often invisible was a chapel earlier this term planned and presented by Rebecca “Dixie” Dix and Jason “J” Freyer: a service of music and drama about the silencing of Tamar (see 2 Samuel 13).

In this tragic biblical narrative, Tamar, the daughter of King David, is raped by her half-brother Amnon.  Tamar is invisible to the men in this story: abused by her half-brother, ignored by her father.  Even her brother Absalom’s revenge killing of Amnon is less an act of vengeance for Tamar than a self-serving assassination: with Amnon removed, Absalom is next in line for his father’s throne.

In fact, an even more disturbing interpretation of this story is possible.  The person who advises Amnon on how to trick Tamar into his bedroom is Jonadab, called “a very clever man” (2 Sam 13:3).  Yet later in this narrative, when David learns of Amnon’s death and fears that Absalom has killed all his remaining sons, it is Jonadab who reports:

This raises a deeply disturbing question: how did Jonadab know this–unless he was privy to Absalom’s plans?  Might this whole scenario, including Tamar’s rape, have been set up by Jonadab to provide an excuse for Absalom’s assassination of his rival?  If so, then Tamar is even more invisible, more silenced, more marginalized than ever in this narrative.

Tamar’s story calls to mind the millions of women who have experienced abuse at the hands of husbands, fathers, brothers, or friends.  The results of the 2011 National Intimate Partner and Sexual Violence Survey (NISVS), a public health study by the Centers for Disease Control and Prevention–cited in a public service announcement by President Obama–are particularly disturbing:

It estimated that 1.9 million American women were raped in the preceding 12-month period. In fact, the survey said that more than 23 million women (19.3 percent) were raped during their lifetime.

Nearly one in five women in America, this survey concludes, have suffered sexual violence–yet, we do not see it.  Like Tamar, they remain invisible.

Tamar’s story also raises other questions.  To our (modern) astonishment, Tamar begs her rapist to marry her!

No, my brother! Don’t rape me. Such a thing shouldn’t be done in Israel. Don’t do this horrible thing.  Think about me—where could I hide my shame? And you—you would become like some fool in Israel! Please, just talk to the king! He won’t keep me from marrying you (2 Sam 13:12-13)

Once his lust is spent, Amnon’s obsession with his half-sister turns to loathing, and he drives her out. But Tamar again pleads with him,

Apparently, Tamar is thinking of the law set forth in Deuteronomy 22:28-29:

If a man meets up with a young woman who is a virgin and not engaged, grabs her and has sex with her, and they are caught in the act, the man who had sex with her must give fifty silver shekels to the young woman’s father. She will also become his wife because he has humiliated her. He is never allowed to divorce her.

What is going on here? Why would the law require a woman to marry her rapist–and why would Tamar want this?  Perhaps, in the ancient world, marriage meant something different than it does to us.

Our idea of marriage is likely built on the ideal of romantic love: two people fall in love with one another, and commit themselves to one another because of that love.  But this is a relatively modern, and Western, conception.  In the ancient world, marriage was primarily about property, and about honor.  In part, this was because women could themselves be regarded as property. One version of the Ten Commandments states,

Here, the wife, like the household servants, domestic animals, and everything else included in a man’s “house,” is regarded as his property.  This is why the rapist pays a fine to the father of his victim, who is now out the customary bride price and shamed as a result.

But the victim has also been robbed, as well as shamed, by this assault.  Now that her virginity has been taken, she will be unable to make a good marriage.  To preserve her honor, and to ensure for her future livelihood in perpetuity, Deuteronomy requires her rapist to assume the responsibilities of housing and care that would have been performed by her rightful husband.  Further, this becomes a lifelong obligation–one that he may not under any circumstances avoid by divorce.  In terms of the understanding of marriage in ancient Israel, then, this law makes perfect sense. Both the woman’s and her family’s honor and property rights are upheld.

The harrowing story of the rape of Tamar illustrates this law through its violation. Tamar’s rapist Amnon, being David’s son, eludes his responsibility toward his victim.  Indeed, he is not held accountable at all–until his murder by Tamar’s brother Absalom.  What by our definition of marriage is an affront, then, is by this ancient definition of marriage a just arrangement. 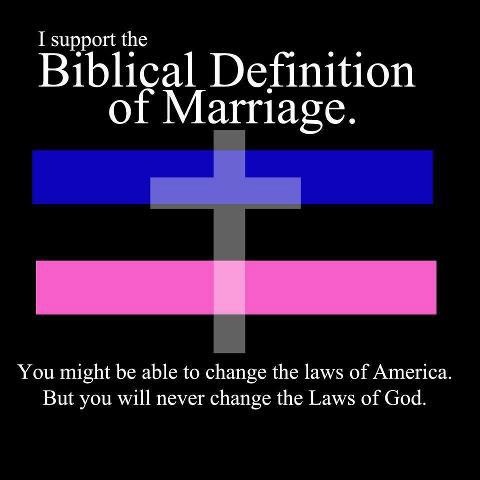 Opponents of same-sex marriage commonly declare that they affirm the biblical definition of marriage.  For example, the Primates (that is, the assembled bishops from around the world) of the Anglican Communion, following a  recent gathering, justified their rebuke of the Episcopal Church in the United States of America (which recognizes same-sex marriage and ordains LGBTQ persons) by stating:

The traditional doctrine of the church in view of the teaching of Scripture, upholds marriage as between a man and a woman in faithful, lifelong union. The majority of those gathered reaffirm this teaching.

Next month, United Methodists from around the world will gather in Portland, Oregon for General Conference, to consider revisions and expansions to the church’s manual of polity and practice, the United Methodist Discipline–and on everyone’s mind are numerous proposals that the UMC stance on LGBTQ matters be changed. While the current Discipline does support “Equal Rights Regardless of Sexual Orientation” (¶ 162 J, p. 126), it also states that, “The United Methodist Church does not condone the practice of homosexuality and considers this practice incompatible with Christian teaching” (¶ 161F, p. 111).  UMC pastors are forbidden to officiate at same-sex marriages (though some disobey), and church property cannot be used for same-sex weddings.  These provisions, too, are often justified on biblical grounds.

Tamar’s story–and her plea that her rapist Amnon marry her, in obedience to Torah–surely ought to show us the flaw in the “biblical marriage” argument.  We can understand Deuteronomy 22:28-29 in terms of ancient Israel’s ideas about women, property, and honor, but we do not share those ideas–nor should we.  “Marriage” does not mean the same thing to us that it meant for ancient people. Indeed, “marriage” does not mean the same thing everywhere in Scripture (for example, compare the assumption of polygamy in the Genesis stories of the patriarchs with the emphasis on monogamy in 1 Tim 3:2 and Titus 1:6). A reading of the Bible that, rather than “showing invisibles,” forces marginalized folk even further into the margins, must be called into question.

One thought on “How To Read the Bible, Part Eight: Show Invisibles”