Last night, my wife Wendy and I were privileged to be part of the audience at a performance by my former student Jeremy Fisher and the Jeremy Fisher Quartet–the opening event of Pittsburgh Theological Seminary’s “Being Church” conference.  Billed as “Jazz and Theology,” this concert/lecture/seminar combined sacred music (Duke Ellington’s “Come Sunday,” and the premier of a jazz setting of “God Be With You ‘Til We Meet Again” by Mr. Fisher) and secular, with the invitation to the audience to think about the theological implications of elements of jazz performance such as communication and improvisation.

As it happens, at the top of my head right now is my current project on creation in Scripture.  What does it mean to confess God as creator?  How is God related to the world that God calls into being?  So as I listened to Jeremy’s comments about jazz–and the performances that illumined those words–I wondered if they had anything to contribute to these questions.  I am persuaded that they do.

Playing jazz involves a continual conversation among the musicians in a group, as they pass musical ideas back and forth.  Just so, theologian Marjorie Suchocki proposes that in Genesis 1, God creates through “call and response:”

This is no “clock maker” deistic God, impassively spinning a world into space.  Instead we have a God who evaluates and responds to the world in each moment, building on just this earthly response with the next divine action.  The text portrays a responsive God interacting with a responsive world (Divinity & Diversity: A Christian Affirmation of Religious Pluralism [Nashville: Abingdon, 2003], 28).

This divine responsiveness is evident from the first.  In Genesis 1:3-5, God not only calls light into being, but evaluates and appreciates God’s creation (“God saw how good the light was,” Gen 1:4).  God’s personal involvement with creation is evident when God names the light and the darkness (“day” and “night”).

Just as we give names to our pets, our homes–and sometimes, even our automobiles!–and so personify them, so God names God’s creation, calling the world into relationship with Godself.

This relationship becomes even more evident as God begins to call upon the world to participate in its own coming into being.  After calling forth the dry land from the waters, God empowers the emerging world to take part in God’s creation:

God said, “Let the earth grow plant life: plants yielding seeds and fruit trees bearing fruit with seeds inside it, each according to its kind throughout the earth.” And that’s what happened (Gen 1:11). 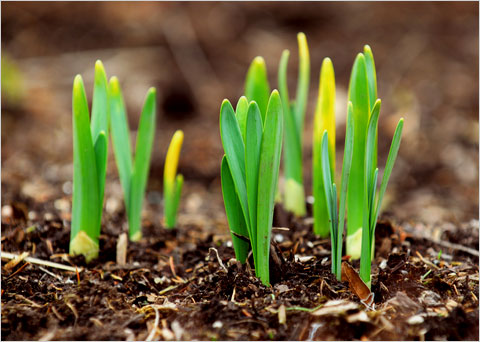 God invites the earth to participate in its own creation, by putting forth (Hebrew tadshe’:  “sprout,” or “green up”) green plants.  Further, the plants themselves, each bearing “fruit with seeds inside it,” hold within them the possibility of continuing God’s creation, carrying life forward into the future.  God creates a world capable of continuous regeneration.

Again, on Day Five, God invites the world to take part in its own coming into being: “God said, ‘Let the waters swarm with living things’” (Gen 1:20). 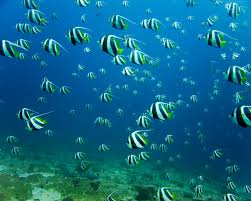 God invites the water to bring forth living creatures, much as the plants had emerged from the earth.  So too, on Day Six:

God said, “Let the earth produce [Hebrew totse’, that is, “cause to come forth”] every kind of living thing: livestock, crawling things, and wildlife.” And that’s what happened (Gen 1:24). There is a consonance between Genesis 1, where God empowers the world to bring forth life, and contemporary evolutionary biology.  Biologists strive to understand the emergence and development of life in naturalistic terms, just as an engineer designing a dam or an astronomer calculating the orbit of a planet strives to make predictions based on observable, natural laws.  Genesis 1 is not biology.  Israel’s ancient priests knew nothing of DNA or mitochondria or the evolution of species.  Their description of creation proceeds from their idea of God, not from investigation into the world’s workings.  However, their insight that God empowers God’s world for self-creation, and invites its participation in its own coming into being, lends support to the biologist’s quest for understanding. 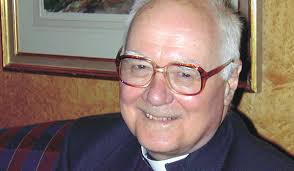 It also speaks to the relationship between God’s sovereignty and the freedom of God’s creation.  As theologian and particle physicist John Polkinghorne observes, in Genesis 1 God endows the universe “with the power of true becoming” (The Faith of a Physicist [Minneapolis: Fortress, 1994], 81): that is, God enables the world to participate in its own creation, and grants it the power and freedom to be, independent of Godself!

Calling an autonomous universe into being “involves divine acceptance of the risk of the existence of the other” (Polkinghorne, 81).  But the God of Genesis is neither anxious nor controlling.  God loves the world God makes!  Again and again through the first six days, God celebrates the beauty and wholeness of God’s world, calling the creation “good” (1:4, 10, 12, 18, 21, 25, 31).

I think that jazz is a perfect analogy for God’s ongoing creative relationship with God’s world. Rather than following a set and immutable musical score, God is genuinely and authentically responsive to the world, calling forth continually from the universe the best, but actively and creatively responding even to our failures.  Paul puts this well: “We know that God works all things together for good for the ones who love God, for those who are called according to his purpose” (Rom 8:28).  The point, note, is not that all things are good–clearly, they are not.  Nor is it that all things are willed by God: as though God pushes the cancer button, or pulls the hurricane switch.  Rather, it is that God is at work in and through all things, ultimately willing the good.

To some, this view of God will seem wimpy and indecisive, and this view of reality uncertain and threatening.  Isn’t God in control?  Doesn’t God have a plan, for our lives and for our world?  I would answer that of course God has a plan, but that need not require a view of God as the only real actor in the universe, setting the cosmos at its creation toward its fixed and inevitable future.

God is not only the first and final cause of the universe–its source and its meaning–but God is also continuously active and present.  Such a God would of course do what God did, coming to us as one of us in the person of Jesus–not to compel our obedience, but to love us into relationship.

One final visit to the jazz analogy.  The Jeremy Fisher Quartet played Dave Brubek’s classic “Take Five.”  Instead of Paul Desmond’s alto sax, however, the melody line was carried at first by Jeremy’s guitar.  Nor did the drum line, the bass, or the piano parts echo the above link.  Yet it was plainly “Take Five” that they were playing–and very well.  So too, to say that God is authentically responsive to the world is not to say that God has no plan–as though the only alternative to playing a fixed score was playing random notes.  It is rather to say, as Paul does, that God is at work in all things for good. God is playing jazz.

Emergent church leaders Nadia Bolz-Weber and Rachel Held Evans will be at the PTS “Being Church” conference Friday and Saturday, June 10 and 11.  Join us for serious thought about what it means and will mean to be the church in this new, still-young century.