Yet this is not our national motto–not officially, anyway.  That would be “In God We Trust”–approved by our Legislature and signed into law by President Dwight D. Eisenhower on July 30, 1956 (the year I was born).  That same law also stipulated that this motto, which had already been placed on some coins since 1864, be printed on all currency issued after that date. “E [an abbreviation for ex] pluribus unum” means “out of many, one.” It was suggested as a motto by Pierre Eugene du Simitierre, one of the designers working on the seal. While the Founders didn’t go with his design (which is rather fiddly!), they liked his motto! 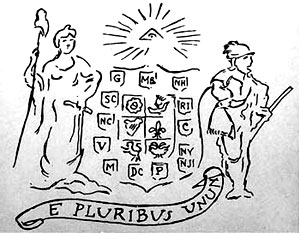 Apparently, du Simitierre got the motto from the title page of The Gentleman’s Magazine, a popular magazine of the day that (rather like Reader’s Digest) took its content from a number of places. But where did the editors of this magazine find it? Some think the Latin phrase came originally from a line in “Moretum,” a poem attributed to Virgil, which describes grinding together many ingredients to make a cheese spread:

Till by degrees they one by one do lose
Their proper powers, and out of many comes
A single colour [color est e pluribus unus]

A more dignified proposal is that the phrase is adapted from Cicero’s De Officiis (“Concerning Duties”) 1.17.56, regarding friendship:

When each person loves the other as much as himself, it makes one out of many [unus fiat ex pluribus], as Pythagoras wishes things to be in friendship.

But whatever the original source, we can see why du Simitierre proposed this motto, and why the Founders liked it.  It well describes the United States of America, as many states unified as a single nation.

Having two mottoes is only a problem if we see a conflict between them.  Does trusting in God preclude our unity? Or, does diversity threaten our trust in God?  Some may think that it does: that real Americans (or real Christians) must look like me, or at least, think and act like me, and that the borders between those inside and those outside must be clearly marked and defended.

. . . what I really want to do in moments like these is to hide a[nd] divide.  That’s my instinct. 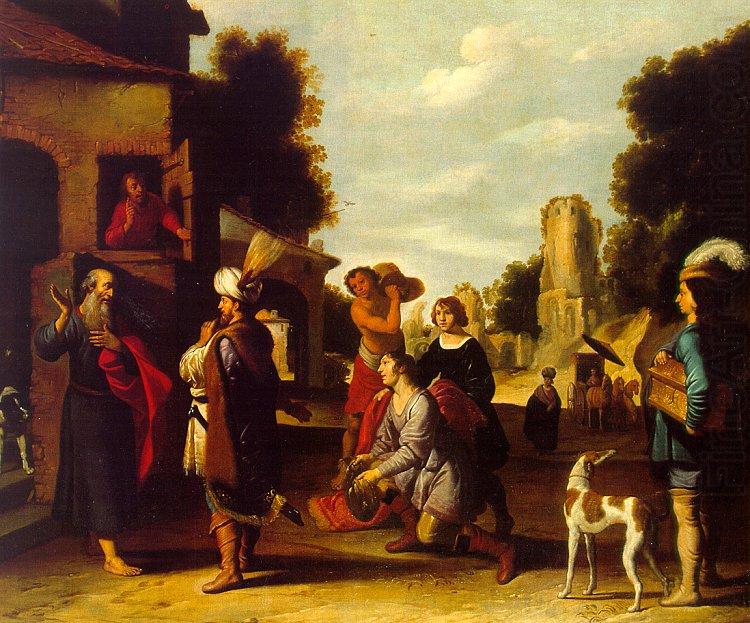 Which brings us to the healing of Naaman the leper, in 2 Kings 5:1-14.  In this passage, Naaman is the ultimate outsider. Not only is he a Gentile (a non-Israelite), he comes from Aram, or Syria—in those days, Israel’s sworn enemy. Further, not only is he a Syrian, he is a soldier in Syria’s army, and not only a soldier, but a general—one of Israel’s oppressors! 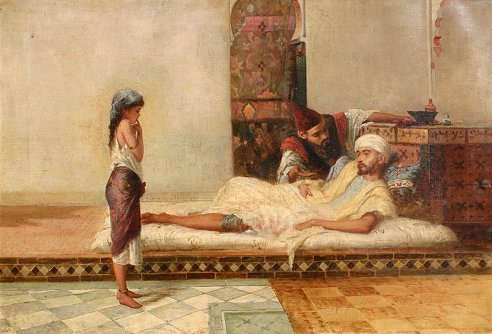 Believe it or not, it gets worse: Naaman finds about about the wonder-working prophet Elisha from a Hebrew slave, a young girl stolen from her home and family in one of Syria’s raids (2 Kgs 5:2-3)!  Adding insult to injury, Naaman then tries to deal his way to a healing, through political pressure (my king writing to your king) and bribery (2 Kgs 5:5-7).

Naaman’s healing comes in a way that makes abundantly clear that it is God, not Elisha, who does the healing.  Elisha never even sees Naaman! Through his servant, he commands the Syrian general to immerse himself in the Jordan seven times.  In his snobbery, Naaman is on the point of refusing to do what the prophet commands:

Aren’t the rivers in Damascus, the Abana and the Pharpar, better than all Israel’s waters? Couldn’t I wash in them and get clean?” So he turned away and proceeded to leave in anger (2 Kgs 5:12). 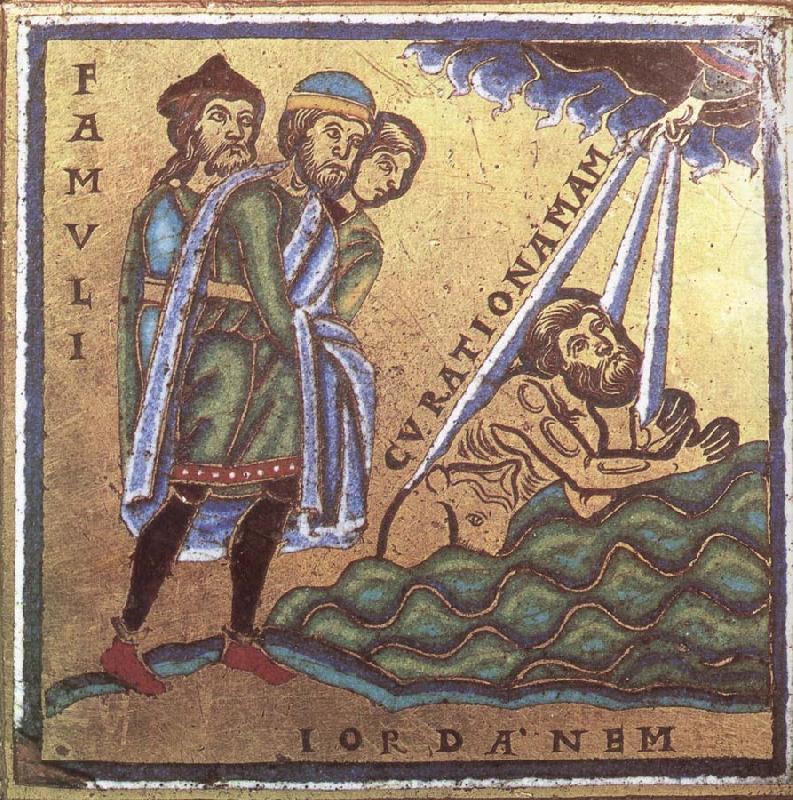 Yet, despite all of this, Naaman is healed anyway.  Moreover, even though he misunderstands who God is (Naaman takes “two mule loads” of dirt from Israel so as to worship Israel’s God, as though the LORD were somehow tied to Israel’s soil) and what commitment to God means (the Syrian general continues to go to Rimmon’s temple, for political expediency; see 2 Kgs 5:17-18), God does not take the healing back!  Indeed, if we read closely, God’s presence and involvement with Naaman began long before he ever came to see Elisha: “through him the LORD had given victory to Aram” (2 Kgs 5:1). In Luke’s gospel, Jesus retells Naaman’s story for exactly this reason—to show that God is at work even among those unlike us, whom we see as outsiders. The response of his hometown crowd in Nazareth shows how popular that sermon was–they try to throw him off a cliff!

In the Gospel reading for Sunday (Luke 10:1-11, 16-20), Jesus sends out seventy followers.  Traditionally, this was the number of the foreign nations, based on the the Table of Nations in Genesis 10. The theme, again, is a call to outreach and inclusion for all the world.

This, in the end, is the reason that, for those who believe, “In God We Trust” belongs, inextricably, with E Pluribus Unum.  Those who trust in God know that making one out of many is God’s design and delight:

This is what God planned for the climax of all times: to bring all things together in Christ, the things in heaven along with the things on earth (Ephesians 1:10).

It is not that we insiders, who have Christ as our possession, take him with us to those outside. It is, rather that we go to find him among the outsiders, where Christ already is: with foreigners and lepers and clueless, unclean folk like Naaman.

Nadia Bolz-Weber, again, has our number–and reminds us why this unseemly grace is such good news:

I mean, I may want a vigilante saviour. But what I need is a saviour who brings a swift, terrible mercy. What I want is a dividing saviour – who will draw the same lines I would draw…but what I need is a saviour who makes us one, a saviour, who lifted up, draws all people to himself. Not just the worthy. Not just the lovely, the likely and the lucky. All people. I need a saviour who commands me to love my enemies and pray for those who persecute me – pray for those whose hate blinds them to their own goodness and the worth and dignity of others. And I need a saviour this merciful because it is I who needs this much mercy.

One thought on “Duelling Mottoes”