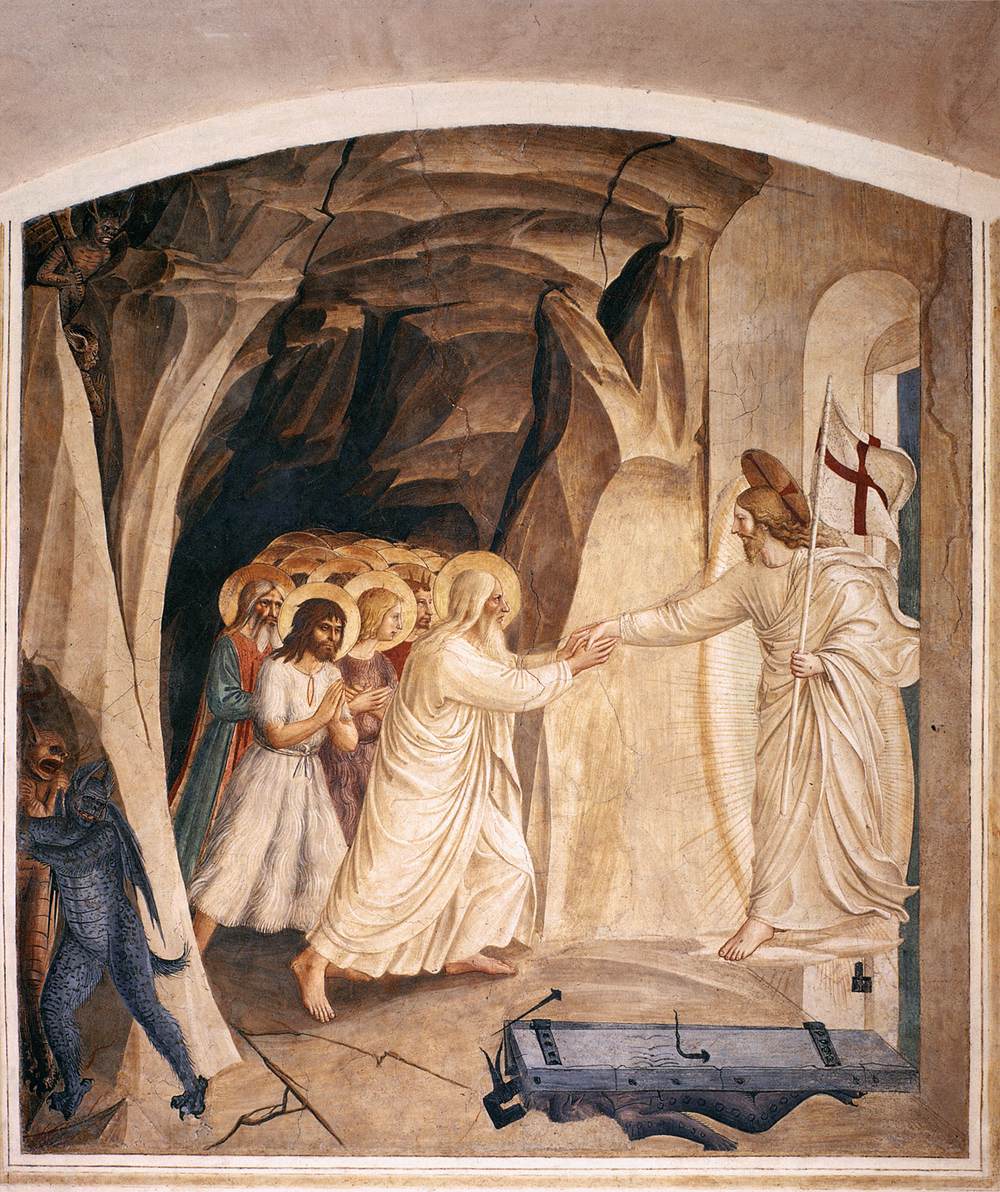 I am one who has seen affliction
under the rod of God’s wrath;
he has driven and brought me
into darkness without any light;
against me alone he turns his hand,
again and again, all day long.

He has made my flesh and my skin waste away,
and broken my bones;
he has besieged and enveloped me
with bitterness and tribulation;
he has made me sit in darkness
like the dead of long ago.

He has walled me about so that I cannot escape;
he has put heavy chains on me;
though I call and cry for help,
he shuts out my prayer;
he has blocked my ways with hewn stones,
he has made my paths crooked.

The thought of my affliction and my homelessness
is wormwood and gall!
My soul continually thinks of it
and is bowed down within me.
But this I call to mind,
and therefore I have hope:

The steadfast love of the Lord never ceases,
his mercies never come to an end;
they are new every morning;
great is your faithfulness.
‘The Lord is my portion,’ says my soul,
‘therefore I will hope in him’” (Lamentations 3:1-9, 19-24). ,

This reading from Lamentations is an odd passage, beginning in despair (“he has driven and brought me into darkness without any light”), yet ending in hope (“ ‘The Lord is my portion,’ says my soul, ‘therefore I will hope in him’”). As such, it is perfectly appropriate for Holy Saturday, this odd, in-between day in the church calendar bridging the sorrow of Good Friday and the rejoicing of Easter Sunday. Early Christians wondered what Jesus was doing on this day between death and resurrection. 1 Peter 3:18-20 declares, “He was put to death in the flesh, but made alive in the spirit, in which also he went and made a proclamation to the spirits in prison, who in former times did not obey, when God waited patiently in the days of Noah, during the building of the ark, in which a few, that is eight persons, were saved through water.”

The idea that after his death Jesus proclaimed the Gospel to souls in the underworld led in turn to the tradition of the harrowing of Hell: the notion that the risen Christ triumphantly descended to the underworld to deliver the righteous who had died before his coming into heaven. By around the eighth century, this confession was incorporated into the Apostles Creed; most Christians today recite the phrase “He descended into hell” or “He descended to the dead” as part of the Creed (although many United Methodists follow the Church of England in not doing so). Whatever we may think of this confession, it recognizes that Jesus’ life, death, and resurrection transform all space and time, bringing salvation not only to those of us who live on this side of Easter, but to all the generations who lived before.

Prayer: Jesus, we know this place well: this Holy Saturday zone of ambiguity and unresolved tension. Many of our people feel trapped in just such a place of uncertainty. Help us to see your victorious life bringing possibility even into these shadow lands, and give us hope that we will be delivered into your marvelous light. This is our prayer in your own glorious name, Amen.

The day of God’s silence–invites us not only to solidarity with all who are abandoned and alone, but also to trust in that faithful love which turns death into life.

May this be so for all of us.

Thank you to the Anti-Racism Team of the Western Pennsylvania Annual Conference, who invited me to prepare these devotions, especially to my old friend Bob Wilson, who carefully read and faithfully critiqued each one, and to all of you who have walked with me through these Lenten meditations.  God bless you.