For millions of Western Christians, Sunday January 6, will be the Feast of the Epiphany–a day associated particularly with the light of the star that guided the Magi to the Christ Child (see Matthew 2:1-12).  More broadly, however, Epiphany celebrates the light of God shining into the world with the birth of Christ, and indeed, the light of God’s revelation shining into our lives yesterday, today–and one day, forever!

But Malachi also declares that that day will be a time of renewal and blessing for God’s faithful, who are rejuvenated and filled with exuberant joy:

But the sun of righteousness will rise on those revering my name;
healing will be in its wings
so that you will go forth and jump about like calves in the stall (Mal 4:2).

Christian readers of this blog will likely be reminded of Charles Wesley’s use of this passage in his 1739 Christmas carol “Hark! the Herald Angels Sing.”  Charles Wesley’s third stanza is:

Hail the Heav’nly Prince of Peace!
Hail the Sun of Righteousness!
Light and Life to All he brings,
Ris’n with Healing in his Wings.

Mild he lays his Glory by,
Born—that Man no more may die,
Born—to raise the Sons of Earth,
Born—to give them Second Birth.

In Wesley’s mind, clearly, the “Sun of Righteousness” is Jesus!

For Malachi, it is the LORD who is “the sun of righteousness,” rising with “healing. . . in its wings.” The Greek translation of Jewish Scripture, the Septuagint, as well as the Latin Vulgate, have “his wings” (see the KJV, and the words of Wesley’s carol), but the Hebrew text and the Targum (the Aramaic version of this text used in early synagogues) have “her wings”–probably with reference to “righteousness,” which is a feminine noun in Hebrew. For good (for example, Ps 84:11) or for ill (see Ezek 8:16), images of the LORD as the sun, and associations of the sunrise with God’s presence in the Jerusalem temple (which faced east) are fairly common in Scripture.  As a part of the worship reforms put in place by King Josiah, the horses and chariots of the sun were removed from the temple (2 Kgs 23:11).  Indeed, mosaics of the solar chariot (associated in Greco-Roman religion with Apollo or with Sol Invictus) appear in early synagogues at Beth Alpha (shown above), Naaran, Hamath Tiberius, Yafa, and Isfiya. 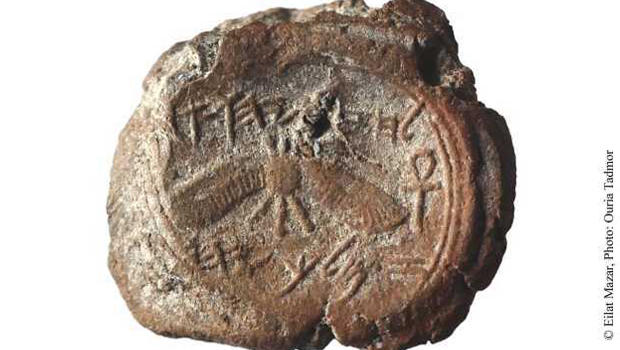 The Egyptian sun disc, often combined with a winged scarab, was a widespread symbol in the ancient Middle East, even incorporated into the royal seals of Judean kings such as Hezekiah.

Malachi, writing in the Persian Period, was likely familiar with a modification of the winged solar disc from Persian art.  This symbol appears with Persian king Darius’ monumental inscription at Behistun, at his palace at Persepolis, and above the door of his tomb (depicted above); likely, it is meant to represent the Persian creator god Ahuramazda.  But for the prophet Malachi, of course, the sun of righteousness with healing in his wings can only be the LORD!  Depicting God’s coming as the sunrise represents a positive counter to the destructive image of the day of the LORD “burning like an oven” (4:1): the coming of the LORD may burn, but it also heals.

In the Christian East, the liturgical year follows the old Julian calendar. By their reckoning, Christmas–the dawning of the Sun of Righteousness–is January 7.  So, to our Orthodox sisters and brothers–Merry Christmas!

May this new year be for us all a time of healing and renewal. May the Sun of Righteousness rise today, in our hearts, our homes, our country, and our world, burning away the chaff and dross of the past, and empowering us to live anew!

AFTERWORD:  I am reposting this (slightly edited) blog from 2016 for Epiphany.  One further note: while I am in favor of the use of inclusive language in the United Methodist Hymnal, our editors have erred theologically, I believe, in rendering the next-to-last line in the third stanza of Charles Wesley’s glorious hymn as “Born to raise us from the earth.”  Escape from the earth was not Charles’–or indeed John’s–intent.  Instead, it is that we earthlings, we “sons of earth” in Charles Wesley’s admittedly sexist rendering–may be raised to new life, and even attain holiness of heart and life, here and now, in this world that Christ has come to save.  It is an important distinction, I believe.