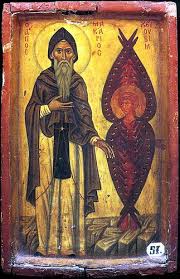 When I told a friend in ministry about the Ezekiel symposium this past month in St. Andrews (see last week’s post), she asked me, “What’s new in Ezekiel studies?”  I didn’t have to think long.  Nearly every paper presented (including mine) dealt in one way or another with Papyrus 967, an ancient Greek manuscript from around 200 AD found in 1931, but whose significance was not understood until recently.  P967 contains the oldest nearly complete (1:1–2:24 is missing) text of Ezekiel extant in any language. This Greek version of Ezekiel was clearly translated from a very different Hebrew text than the one on which our Old Testament book of Ezekiel is based.  One point of particular interest is that a significant hunk of the book, Ezekiel 36:23c [after “I am the LORD”]-32, is not found in this manuscript!

Readers of Ezekiel have long struggled with these verses. The Septuagint of this section (see “Which Bible?”, May 28, 2013) is different in style and vocabulary from the rest of the book, suggesting that it was inserted later.  The Hebrew Masoretic text stands apart, too, combining quotes and allusions from earlier in the book (for example, compare 36:26 with 11:19 and 18:31) with vocabulary found nowhere else: for example, the expression “clean water” (Hebrew mayim teharim) in 36:25. Not only P967, but also Codex Wirceburgensis, one of the oldest and best witnesses to the Old Latin text of Ezekiel, lacks 36:26c-32.  An old lectionary (that is, a list of Bible readings) in Coptic/Sahidic has 36:16–23a as a unit, ending the passage at the same point as P967.  While 36:26c-32 were certainly incorporated into the text of Ezekiel by the first century AD (a fragment of Ezekiel from Masada has them), all of this suggests that these verses were not part of the book of Ezekiel until late.

This is not the only passage in our Bible which seems to have been inserted later.  One New Testament example is the story of the woman caught in the act of adultery in John 7:53–8:11. As the CEB footnote on 8:11 indicates, “Critical editions of the Gk New Testament do not contain 7:53–8:11.”  This is because none of the oldest and best texts of the gospel include this passage.  Further, some later manuscripts that do include it place it at the end of the gospel, while others place it in Luke!

What do we do with this?  We could perhaps say that, since we have good evidence that Ezekiel 36:23c-32 and John 7:53–8:11 are late insertions into the text, we shouldn’t regard them as Scripture.  The problem is that we have a long tradition that does treat them as Scripture.  In the case of the Ezekiel passage, it is likely that the description of baptism in Hebrews 10:22 draws on Ezekiel 36:25.  There is evidence from the early church that the story of the woman caught in adultery and Jesus’ forgiveness of her, wherever it came from, was much loved from early on–and it has certainly lodged itself firmly in Christian devotional life, art, and music!  Both passages contain significant statements of faith.  Ezekiel 36:24-28 affirms that the “new spirit” God gives to God’s people is God’s own Spirit, filling them with God’s very life.  Jesus’ statement, “Whoever hasn’t sinned should throw the first stone” (John 8:7, CEB) is a classic condemnation of hypocrisy and self-righteousness.  Do we need to give them up?

Every day on my way to work, I pass a church whose electronic message board reads, “Living Out the Unchanging Word To Serve an Ever-Changing World.”  Classical Protestantism has drawn a firm line between Scripture and tradition.  We would like to say that the Bible is fixed and doesn’t change, while tradition shifts.  But while the Bible may be closed and complete now, it clearly has its own complicated history.  Questions about what the Bible says on any issue cannot be resolved without taking that history into consideration.

The Bible is not the word of God because it is a magic book, passed down intact and without error from heaven. It is the word of God because God meets us here, in these pages, and invites us into relationship. Too often, we turn to the Bible to end conversations, like barflies using the Guinness Book of World Records to settle a bet: “See, it says so right here!”  We should instead turn to Scripture to begin a conversation–or more accurately, to enter into an ongoing conversation–in which God is not the topic, but an active participant.

2 thoughts on “What Goes Into the Bible”