Sometimes, I remember something I have said in a classroom or a pulpit, and I wince.  This week of Transfiguration Sunday, I can remember saying, at least once, that on that mountaintop Peter, James, and John saw Jesus “as he really was.”  Reading John 1:1-18 this week with my Creation class, I realized once again how very wrong that statement is!

The prologue to the Fourth Gospel affirms,

The Word became flesh
and made his home among us (John 1:14a).

We Christians confess that Jesus was fully God AND fully human.  He was not God sometimes (say, on the Mount of Transfiguration) and human sometimes (say, in the manger–or on the cross).  Certainly, Jesus was not God pretending to be human–God in a people mask.  Nor was he a charlatan–a human pretending to be a god.  Jesus was, always and everywhere, himself.  So, yes: the Jesus they saw every day–laughing, crying, hungry, angry, dusty and weary from the road, Jesus in all his fleshiness–was indeed the real Jesus.

What happened on that mountain is related in the second half of that pivotal verse:

We have seen his glory,
glory like that of a father’s only son,
full of grace and truth (John 1:14b).

That blinding glory was not always apparent–thankfully, for Jesus’ family and friends!  Indeed, had it been, Jesus could scarcely have been fully human.  But just this once, the “fully God” side of the incarnation equation was fully evident.  As the tradition passed down from Peter proclaims,

We didn’t repeat crafty myths when we told you about the powerful coming of our Lord Jesus Christ. Quite the contrary, we witnessed his majesty with our own eyes.  He received honor and glory from God the Father when a voice came to him from the magnificent glory, saying, “This is my dearly loved Son, with whom I am well-pleased.”  We ourselves heard this voice from heaven while we were with him on the holy mountain (2 Peter 1:16-18).

So, what exactly happened “on the holy mountain”?  In the old King James Bible, Sunday’s gospel declares, “And was transfigured before them: and his face did shine as the sun, and his raiment was white as the light” (Matthew 17:2).  The Greek word rendered “transfigured” here is metamorphoo, source of our English word “metamorphosis”–which certainly sounds as though what happened to Jesus on the mountain was a transformation, rather than a revelation.

The verb metamorphoo is not used in the Septuagint (the Greek translation of Jewish Scripture), and in our New Testament, it appears only four times.  Two of those are the accounts of Jesus’ transfiguration in Matthew and Mark (Matt 17:2; Mark 9:2).  The other two are in Paul’s letters.  In 2 Corinthians 3:7-18, Paul compares the glory of God’s revelation on Sinai (see Sunday’s lesson from the Hebrew Bible, Exod 24:12-18), which made Moses’ face shine (see Exod 34:29-35), with the glory of the freedom revealed in Christ (by the way, in Hebrew the word for the rays shining from Moses’ face is related to the word for horns, so Moses is sometimes depicted as horned!). 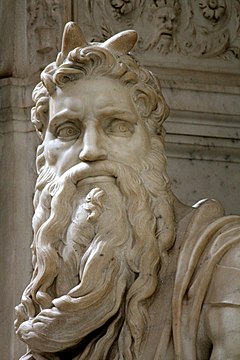 Paul says that the glory beaming from Moses’ face was after all only temporary–the result of the revelation he had received.   However, gazing upon Christ works a permanent transformation:

All of us are looking with unveiled faces at the glory of the Lord as if we were looking in a mirror. We are being transformed [metamorphoo] into that same image from one degree of glory to the next degree of glory. This comes from the Lord, who is the Spirit (2 Cor 3:18).

Don’t be conformed to the patterns of this world, but be transformed  [metamorphoo] by the renewing of your minds so that you can figure out what God’s will is—what is good and pleasing and mature.

The change Peter, James, and John witnessed on the mountain did not mean that Jesus had changed–only that they saw him more clearly.  On the other hand, gazing on Jesus, who is not only truly God but truly human, prompts us to change. Jesus shows us what being human–created in God’s image (Gen 1:27)–really means.  The International Theological Commission of the Vatican (2004) puts it very well:

Thus, what it means to be created in the imago Dei is only fully revealed to us in the imago Christi. In him, we find the total receptivity to the Father which should characterize our own existence, the openness to the other in an attitude of service which should characterize our relations with our brothers and sisters in Christ, and the mercy and love for others which Christ, as the image of the Father, displays for us (Communion and Stewardship, paragraph 53). 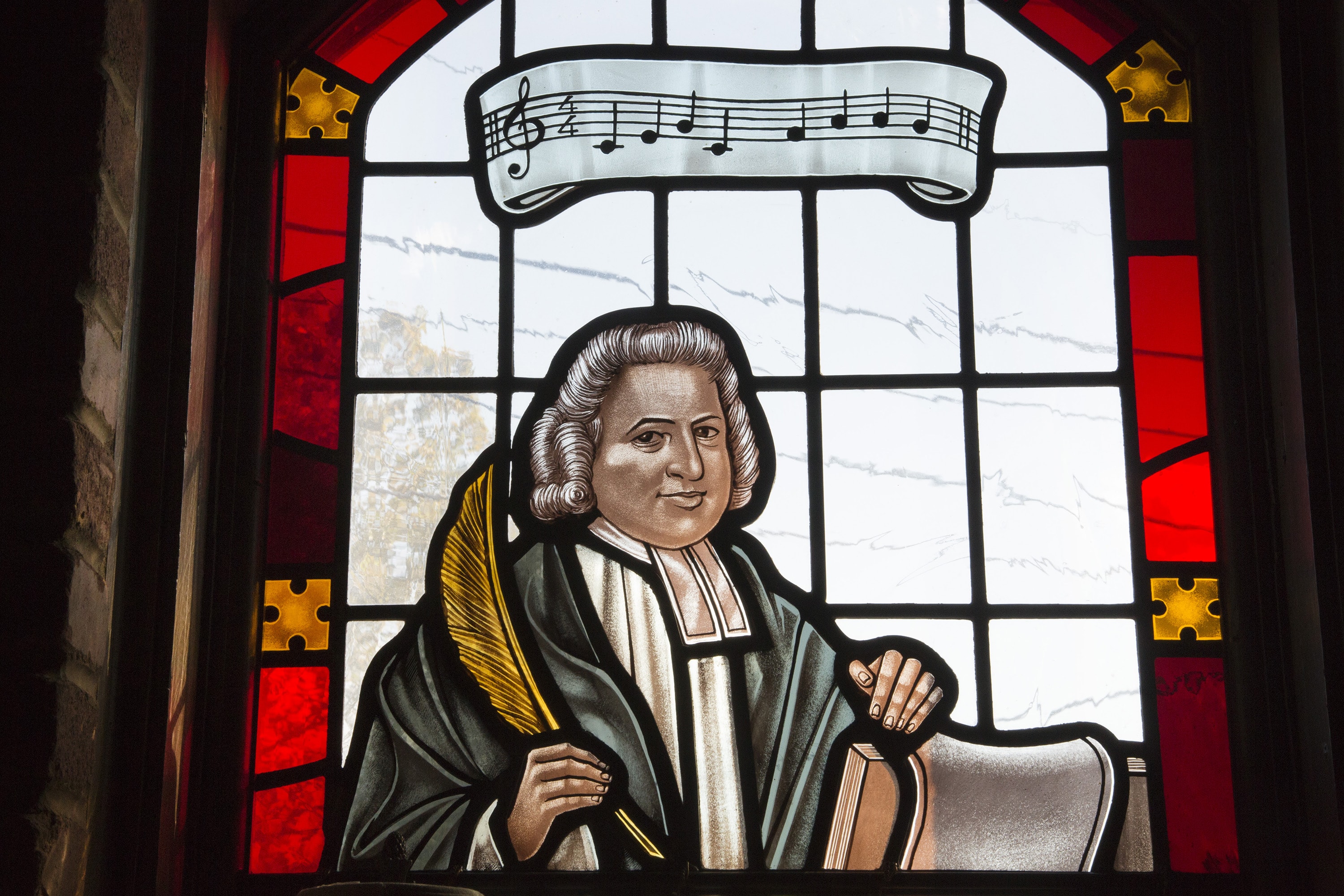 In his hymn “Love Divine, All Loves Excelling,” Charles Wesley takes up Paul’s language from 2 Corinthians, and joyfully invites us into prayer for a transfiguration of our own:

Finish, then, thy new creation;
Pure and spotless let us be.
Let us see thy great salvation
Perfectly restored in thee;
Changed from glory into glory,
Till in heaven we take our place,
Till we cast our crowns before thee,
Lost in wonder, love, and praise.

Sisters and brothers, friends and siblings in Christ, so may it be for us!

Holy God, mighty and immortal,
you are beyond our knowing,
yet we see your glory in the face of Jesus Christ,
whose compassion illumines the world.
Transform us into the likeness of the love of Christ,
who renewed our humanity so that we may share in his divinity,
through the same Jesus Christ, our Lord,
who lives and reigns with you and the Holy Spirit. Amen.