A close reading of the opening chapters of Genesis reveals not one creation account but two. Over the last four weeks, we have spent a considerable amount of time looking closely at the first of those two accounts, Genesis 1:1–2:4a, in which we find depicted an ordered, carefully structured world.

Beginning this week, we are turning our attention to the second account, in Genesis 2:4b-25.  This story begins much as the first account did, only in inverted order: instead of “When God began to create the heavens and the earth”   (Gen 1:1), the second account opens, “On the day the LORD God made earth and sky” (Gen 2:4b). 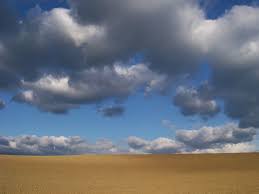 This story assumes that earth and the sky have already been made by the LORD–off-stage, as it were–so their creation is not explicitly described. They are the setting for our drama, already in place when our story begins.

This first moment is described in terms of its potential: what has not yet happened, but soon will.  Our story begins

before any wild plants appeared on the earth, and before any field crops grew, because the Lord God hadn’t yet sent rain on the earth and there was still no human being to farm the fertile land (Gen 2:5).

The world is imagined as a dry, empty plain: potentially fertile, but at the moment, barren. Then, the Lord acts. This barren field, never yet touched by rain, is moistened by a stream that bubbles up from under the ground.

Remember the ancient Near Eastern world view held that the world floated on the waters below, with the waters above held back by the solid bowl of the sky.

Now, the LORD God permits the waters below the earth to bubble up and moisten the ground, making mud.  With this mud the LORD performs the first explicitly described act of creation in this account:

the LORD God formed the human from the topsoil of the fertile land and blew life’s breath into his nostrils. The human came to life (Gen 2:7).

The verb here translated “formed” is the Hebrew word yatsar. Yatsar is what potters do. 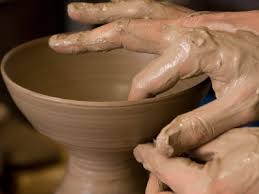 The LORD fashions the human the way a potter fashions a pot on the wheel, the way a sculptor fashions a statue from a bit of clay.  In this story, we are formed by the LORD’s fingers, intimately and personally.

The Hebrew word for “human” is ‘adam, from which we get the proper name, “Adam.”  The word the CEB translates as “fertile land” is ‘adamah.  Our story plays with these similar-sounding words.  Adam is the mud man, fashioned from the fertile land: the human made from the humus, the earthling made from the earth.

The phrase rendered “came to life” in the CEB of Gen 2:7 is more familiarly rendered in the KJV “became a living soul.”  The expression is in Hebrew nephesh khayah:  that is, a living nephesh. Though nephesh is sometimes translated as “soul,” it never means some separate, supernatural part of the self.  Its basic meaning has to do with breath; in fact, it can sometimes mean something as narrow and specific as “throat.”  Most commonly, nephesh means “self.”  So ‘adam becomes, as the NRSV reads here, “a living being.”

Having formed Adam, the Lord then begins to make everything else for Adam.  Unlike Genesis 1, where plants were created before humanity, at the end of Day 3, in this account the first expressly described creative act of God is the creation of the human. There are no plants until the LORD God plants a garden as the human’s home (Gen 2:8). 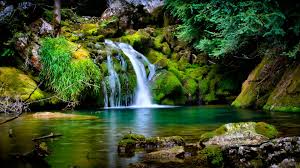 Eden was not only a place for Adam to live, providing shelter and food. Genesis 2:9 says that “every beautiful tree” grew there.  The LORD God has provided food for Adam’s body, and beauty to enrich Adam’s life.  Further, our text declares,

The LORD God took the human and settled him in the garden of Eden to farm it and to take care of it (Gen 2:15).

Adam is given fruitful and fulfilling work to do: his life in the garden has a purpose.  What more could Adam possibly need or want?

Genesis 1:1–2:4a is not really a narrative.  It is a carefully structured list.  Narrative after all is not just one thing after another!  Narrative presupposes a plot, and plots are driven by conflict: problems to be solved, obstacles to be overcome.  Up to this point in Genesis (reading the two accounts in sequence, as they appear in our Bibles), God has declared everything good: no conflict has appeared.  But now, in this second account, a problem emerges: 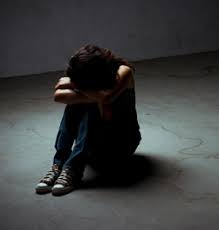 For the first time, something is “not good.”  Adam is not truly alone, of course: the Lord is there too in the garden.  But there is no being like Adam. The LORD decides, “I will make him a helper that is perfect for him” (Gen 2:18).  The Hebrew is ‘ezer kenegedo, a difficult and ambiguous phrase.  The word ‘ezer means “helper,” which we could misunderstand to mean something like “assistant.”  But if we flip through the Hebrew Bible to find out how this word is used, we discover that the one most commonly referred to as ‘ezer is God.  So this isn’t a term of subordination!

The expression kenegedo can be taken apart, piece by piece. In Hebrew, ke means “as” or “like.”  Neged means “next to,” “alongside of,” or sometimes “opposite.” The o at the end means “him.”   So: kenegedo means “like and yet unlike him,” or “corresponding to him.” The King James Version famously renders this phrase as “an help meet [that is, “fitting” or “suitable”] for him.” The CEB has “a helper that is perfect for him.”   I really like what the NRSV does here: “a helper as his partner.”  This is not a quest to find an assistant or a subordinate, someone less than  Adam.  Adam is alone: the quest is to find a being that will be like and yet unlike Adam, with whom Adam can be in relationship.

So the Lord God formed from the fertile land all the wild animals and all the birds in the sky and brought them to the human to see what he would name them. The human gave each living being its name (Gen 2:19)

We have heard the key Hebrew words in this verse before. Like Adam, the human, the animals are formed (Hebrew yatsar) as a potter forms the clay: fashioned by the LORD with an artist’s hands. Also like Adam, the animals are made from “the fertile land”: Hebrew ‘adamah.  Just as Adam is called nephesh khayah, a “living being,” so are the animals.

Something fascinating is going on in this narrative of creation. While in Genesis 1, humanity is set apart from the rest of creation in multiple ways, in Genesis 2 we are joined to the earth from which we are made.  This does not mean that Genesis 2:4b-25 devalues or demeans humanity–far from it!  The human is the first thing made and everything else is made for Adam or because of Adam. Further, human dignity is clear in Adam being given the responsibility of naming the animals.

But nonetheless, there is also a clear relationship binding humanity to the rest of the created world. We are earthlings, made from and inseparably related to the earth–an idea consonant with the science of ecology. 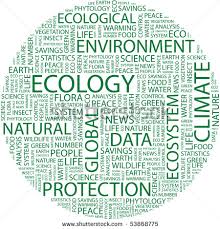 Returning to our narrative, it is clear that the creation of the animals does not solve the problem!

The human named all the livestock, all the birds in the sky, and all the wild animals. But a helper perfect for him was nowhere to be found (Gen 2:20).

I love my cat, but the relationship that I can have with that wild little alien mind, looking up at me through those bright eyes, is sharply limited. 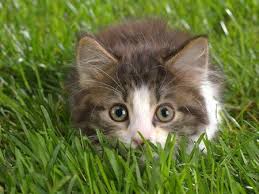 Though the animals are wonderful, none of them is an ‘ezer kenegedo.  The LORD realizes that it isn’t enough just to go back to the ‘adamah from which ‘adam had been made. An ‘ezer kenegedo will have to be fashioned, not from the soil as Adam was fashioned, but from Adam’s very being.