When the LORD planted a garden for the earthling Adam to inhabit and enjoy, it was filled with every kind of fruit tree known.  But two special trees were also planted there, whose like we have never seen.

One was called the Tree of Life.  The idea of a tree whose fruit gives life is very old, and widespread.

The Greek gods fed on ambrosia, the food of the gods that gave them immortality.

Among the Norse gods, the goddess Idun tended the tree whose fruit gave them immortality.

In what is arguably the oldest story in the world, the Sumerian Epic of Gilgamesh, the hero’s quest for eternal life leads him to dive to the bottom of the underworld ocean and pluck a plant that grows there, called Oldster Becomes A Young Man.  But before he can eat it, the plant is snatched by a snake, which then sheds its skin and crawls away, renewed!  Just so, as long as Eve and Adam live in Eden, they have access to the fruit of the tree of life–meaning that they will never die.

But there is also another tree, the tree of the knowledge of good and evil.  It, too, is placed in the middle of the garden of Eden.  Concerning this tree, God says:

Eat your fill from all of the garden’s trees; but don’t eat from the tree of the knowledge of good and evil, because on the day you eat from it, you will die! (Gen 2:16-17). 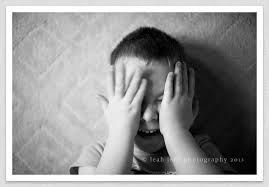 When my son Sean was only three, I once found him crouched on the floor, giggling, his hands covering his face.  Foolish parent that I was, I asked him, “What are you doing, Sean?”  Patiently, he explained to me, “I am hiding, Daddy.  I am hiding inside my eyes!”

So he was–and so, indeed, are we all.  In fact, this may sum up the human condition more succinctly than any other statement I have ever read.  We are, all of us, hiding inside our eyes.  I cannot really know what you are thinking or feeling, nor do you have any way of knowing, exactly, what is happening in my mind.  I have no access behind your eyes, save what you give me, and you have no access behind mine, save what I allow.  All of us, to some extent, are hiding behind our eyes. 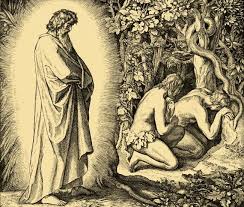 Genesis 3:1-10 reminds us that we have been hiding for a long time.  The man and the woman were made to stroll at their ease through the garden, walking beside the Lord in the cool of the day.  Yet, they wind up hiding in the thickets, afraid of God and of one another. Though made to live before God in harmony with the earth and with each other, they crouch in the thickets, clasping the leaves and branches around themselves in a vain attempt to cover their nakedness.  What happened to us?  How did God’s good creation come to such a pass?

The text tells us that, just as a snake foiled Gilgamesh in his quest for immortality,  it was a snake who first suggested to the first couple that the garden was anything less than paradise.  “Did God really say,” it asks, “that you shouldn’t eat from any tree in the garden?” (Gen 3:1).  The woman answers,

This, of course, is not literally what God said. The woman applies God’s words in a way that insures obedience to them: if we do not even touch the tree, then we certainly won’t eat from it!  This way of interpreting and applying God’s commands is a typical feature of rabbinic teaching: the rabbis call it “building a hedge around the Torah.”  In this story, the woman acts as the first rabbi–or, for Protestant readers, the first preacher–in history!

The serpent’s scorn at Eve’s pious response  is palpable: “You won’t die! God knows that on the day you eat from it, you will see clearly and you will be like God, knowing good and evil” (Gen 3:4-5).

The woman sees the forbidden tree now in a different light: “The woman saw that the tree was beautiful with delicious food and that the tree would provide wisdom” (Gen 3:6).  So the woman and the man both eat, and at that moment they know that they are naked.  Overcome with shame and horror, they run away and hide–as we have been hiding ever since.

A pun in the Hebrew makes a striking parallel between the serpent’s craftiness (expressed by ‘arum) and Adam and Eve’s nakedness (Hebrew ‘arom).   The CEB reads, “The snake was the most intelligent [my emphasis: Hebrew ‘arum] of all the wild animals that the Lord God had made” (Gen 3:1).  The NRSV has “crafty,”  while the old King James Version reads “subtil.”  Sly and sophisticated, the snake knows secrets the man and woman do not know–or at least, so he claims!  Adam and Eve are seduced by this proffered knowledge, enticed by the snaky self-confidence of the serpent.  They eat the fruit of the tree of knowledge.  But, rather than being filled with godlike wisdom and self-possession, rather than becoming crafty (‘arum) like the serpent, they become shamefully aware of their nakedness (‘arom).

The serpent’s promise still entices us.  We long for that crafty sophistication, that appearance of  knowledge!  But grasping for that prize, we are confronted with our own shallowness and emptiness.  Seeking superiority, we instead find ourselves exposed, vulnerable, naked.  No wonder we run away, to hide in the dark places of our mind, behind our eyes.

Some of us are better at hiding than others.  Like Richard Cory in Edwin Arlington Robinson’s poem (the basis of the song “Richard Cory” by Simon and Garfunkel), we may be able to conceal from everyone else the fear, the inadequacy, the emptiness we feel.  We may even be able to communicate such snaky sophistication that others will think of us, as the crowd did of Cory:

In fine, we thought that he was everything,

To make us wish that we were in his place.

Surely, it is no mere chance that the first question asked of humanity by Deity is, “Where are you?”  God comes looking for us, in the briars and brambles of the garden’s thickets, not to drag our shame into the open, not to expose our nakedness and vulnerability, but to restore us.

When he was a small boy, my son Sean was not good at hiding.  When we played hide and seek, as soon as I would begin to look for him, calling “Where’s Sean? Where’s Sean?”, he would cry out, “Here I am, Daddy!  I am hiding behind the couch!”, or “I am hiding under this blanket!”  Then again, perhaps Sean knew that the point of hide and seek is being found: not remaining, cold and alone, in our hiding places.

Brothers and sisters, God is looking for us.  That is why God comes to us in Jesus, as one of us, living a life and dying a death like ours.  In Jesus God comes right into the thickets and brambles of our despair, right into the darkness behind our eyes, calling as in Eden, calling still, “Where are you?” God grant us the wisdom of children, and the courage to stand where we are, casting off our pretense of sophisticated self-sufficiency, and to cry out, “Here I am!”  God is looking for you.  Get found!

In the wake of the unprecedented devastation wrought in the Philippines by Super Typhoon (a storm so vast it needed a different designation!) Haiyan, UMCOR is already at work, bringing food, medical help, and aid in rebuilding.  Watch this video, and send your contributions to UMCOR here.  Every cent you contribute goes directly to aid.