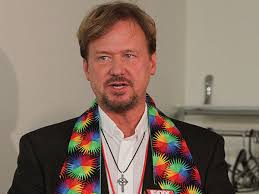 At this year’s session of the Western Pennsylvania Annual Conference of the United Methodist Church, I was honored to be asked to co-teach a lay academy class with Frank Schaefer, a United Methodist pastor whose credentials were revoked by the Eastern PA Conference after he performed a wedding for his son, who had married another man.

As I wrestled and prayed over what to do for this class, I thought about all the conversation going on in my church about obedience: on the one side, obedience to the “clear teaching” of Scripture and tradition regarding marriage and obedience to the United Methodist Discipline (a topic on which I have blogged before (go here and read the succeeding blogs to here), on the other the call to a “biblical obedience” higher than church law.  In the end, I decided to talk about biblical disobedience: passages of Scripture where laws were broken in service to the Spirit of God and “the more important matters of the Law: justice, peace, and faith.”  As part of that study, we worked with one of my favorite stories from one of my favorite, frequently ignored, biblical books, 1 and 2 Chronicles.

This week, I am sharing with you part of my commentary on this book, dealing with Hezekiah’s Passover (2 Chronicles 30:15-22).  I hope that you will see the relevance of this ancient story to our contemporary context.  The Bible quotes are from the NRSV, but I have provided links to the Common English version for comparison. The portion begins with the response to a letter from King Hezekiah of Judah, inviting refugees from Israel, who had escaped the fall of the northern kingdom to Assyria (722 B.C.), to come to Jerusalem for Passover.

“Sadly, Hezekiah’s invitation is rejected by many in the north, who laugh at and scorn his messengers (2 Chr 30:10).  The reader may be reminded of Jesus’ parable of the wedding feast (Matt 22:1-14; compare Lk 14:15-20), where the messengers are also scorned and ill-treated.  However, as in Jesus’ parable, the failure of those invited to respond does not mean that feast is not held, or that it is a failure.  Some, “from Asher, Manasseh, and Zebulun,” do humble themselves and come to the feast (on the importance of humbling oneself, see the discussion on 2 Chr 7:14, above).  In Judah, meanwhile, the response is once more overwhelming.  The people respond with “one heart:” that is, in unity, dedication, and singleness of purpose (2 Chr 30:12; see 1 Chr 12:38, where those who come to make David king are likewise said to be of “one heart”).  In the end, as had been anticipated, it is “a very large assembly” that gathers in Jerusalem for the feast (2 Chr 30:13).

. . . With the city as well as the temple cleansed, the festival begins on time, on the fourteenth day of the second month (see Num 9:9-11).  The priests and Levites, shamed by their failure to be prepared in the first month as well as by the example of the laity, have sanctified themselves in  sufficient numbers, and stand ready to serve (2 Chr 30:15).  They conduct themselves “according to the law of Moses the man of God” (2 Chr 30:16); as elsewhere in Chronicles, Scripture provides direction for right worship.

It is fortunate that the priests and Levites are ready, for a great number of those attending are ritually unclean, and so cannot kill their own sacrifices; the Levites must do this for them (2 Chr 30:17; for the killing of the sacrifice by Levites, see also Ezr 6:20; Ezek 44:11).  Nothing is said of the reasons for their defilement; however, since many of those said to be defiled come from the north (2 Chr 30:18), we may find here competing ideas about what constitutes ritual purity, or about the requirements for the observance of Passover.  From the Chronicler’s perspective, however, this means that “they ate the passover otherwise than as prescribed” (2 Chr 30:18)–that is, in violation of God’s word in Scripture (see 2 Chr 30:5). 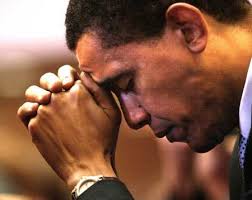 But rather than barring these persons from participation, Hezekiah prays for them: “The good LORD pardon all who set their hearts to seek God, the LORD the God of their ancestors, even though not in accordance with the sanctuary’s rules of cleanness” (2 Chr 30:18-19).  The Lord hears the king’s prayer, and the community is healed (2 Chr 30:20; compare 2 Chr 7:14).

Hezekiah’s prayer, and the Lord’s favorable response, strike a blow against rigid legalism.  Clearly, it is more important to set one’s heart to seek God than it is to be in a state of scrupulous ritual purity.  Similarly, Micah asks, “[W]hat does the LORD require of you but to do justice, and to love kindness, and to walk humbly with your God?” (Mic 6:8).

In his teaching, Jesus as well placed “the weightier matters of the law: justice and mercy and faith” above ritual law (Matt 23:23).  So, for Jesus, meeting human need by healing on the sabbath was more important than strict adherence to the regulations of the rabbis (so, for example, Mk 3:1-6).

Particularly instructive in this regard is Paul’s treatment of the question of eating food offered to idols, an issue which divided the early church.  According to Acts 15:20, abstaining “from things polluted by idols” was part of that bare minimum of Jewish law which all believers, Jew and Gentile alike, were bound to follow.  Similarly, the John of Revelation held that those who ate food sacrificed to idols separated themselves from Christ (Rev 2:14, 20).  Other Christians, however, reasoned that since there was only one true God, the idols were mere statues; food sacrificed to them was no different than any other kind of food (see 1 Cor 8:1-6).  Paul refused to settle the matter legalistically, either way.  He argued that the food itself was not the issue; what really mattered was sensitivity to one another in the body of Christ.  If the faith of “weaker” Christians is threatened when they see other believers eating food sacrificed to idols, then the “stronger” Christians need to abstain (1 Cor 8:7-13).

Today, the church is divided by other questions and controversies.  Yet, we still are tempted to appeal to legalism, whether in our reading of Scripture or in our application of community standards, to resolve our differences–even though such an appeal rarely resolves anything.  We need to remember that Scripture itself rejects this narrow, rigid standard.  How much better, like Hezekiah, to trust in God’s grace to cover our lack of scrupulosity, and to recall that devotion to the Lord is our first, and highest, calling.”

This will be my last blog for awhile, as I am going into the hospital for ankle replacement surgery.  Your prayers are greatly appreciated!  The recovery will be long, but after physical therapy, I should be up walking and leaping and praising God by the fall.  You can call me the bionic Bible Guy!

One thought on “Biblical Disobedience, and Hezekiah’s Passover”